Home » Kim and Kanye Arrive At LAX With North

Jet setting couple Kim Kardashian and Kanye West were photographed arriving at the Los Angeles Airport on Friday evening with their daughter North headed to a friend’s wedding in Wilmington, Delaware. 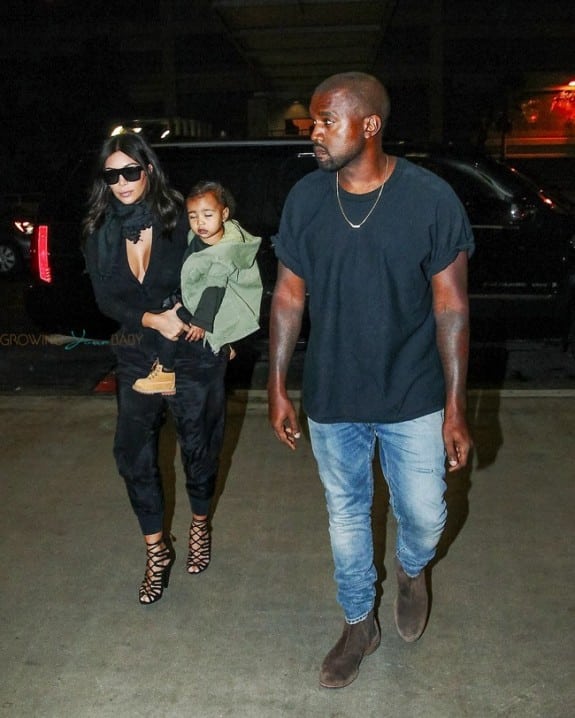 It will be a busy weekend for the rapper, who is scheduled to play Made in America must festival in Philadelphia on Saturday night before flying back to LA to play a second date on Sunday night in Grand Park. 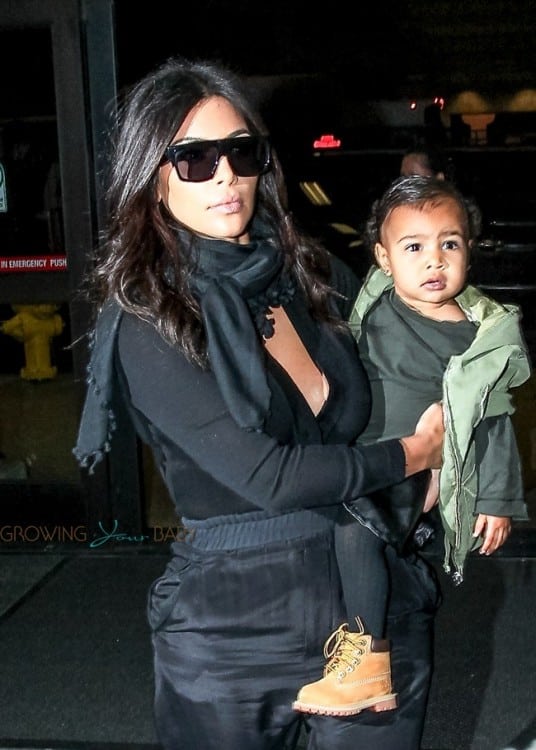 Kim looked as though she was headed out for a fancy evening in a low cut Alaia Bodysuit, Haider Ackermann pants, Hermes heels and a vintage scarf. North showed off her edgy style in a Kardashian Kids leather skirt, Nico Nico co t shirt, Babe& Tess Jacket and Timberland boots.

During an episode of Keeping Up With The Kardashians Kim revealed she would like a couple more kids.

“I think I’m gonna have another one,” she tells several of her friends in a clip. “And if it’s a girl, I’m gonna go for a boy, and if it’s a boy I might be done.”

Soon, the family will have lots of room for new members when they move into their new mansion in Los Angeles’ Hidden Hills area.