Home » David Beckham & His Kids Catch A Flight Out At LA

After spending the Summer surfing, relaxing and enjoying the laid back California lifestyle the Beckhams are headed home to London to get ready for the new school year. David was photographed at the Los Angeles Airport on Friday with is three youngest kids Romeo, Cruz and Harper. 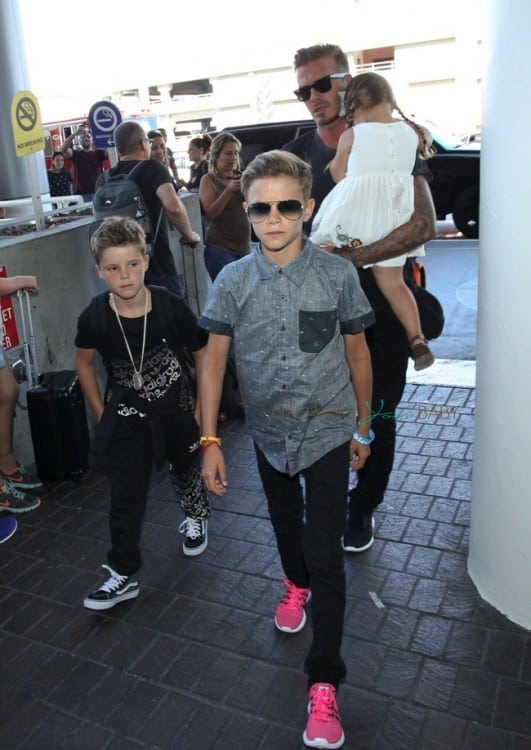 A very stylish Romeo led the group in aviator shades, a chambray button down, black skinny jeans and neon pink trainers. Cruz kept it casual in an Adidas track suit, while David carried Harper in his arms.

The pre-schooler was pretty in a white Bonpoint embroidered dress, leather sandals and her hair in braids with a matching bow. 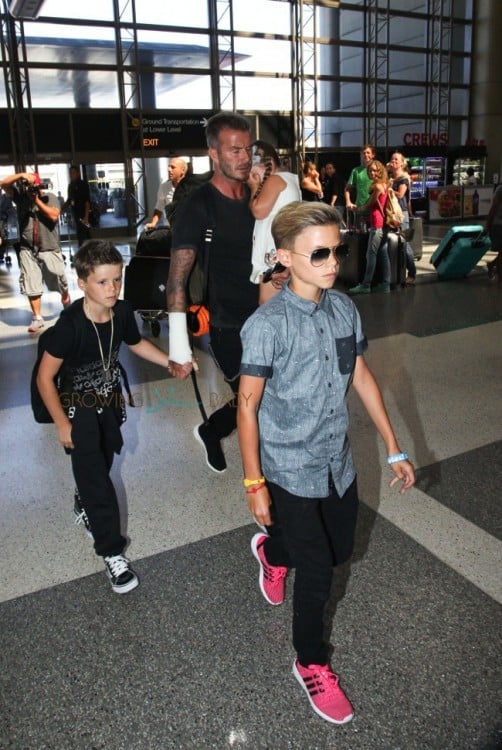 The ex-footballer sported a bandaged arm which was the result of an accident he had when he lost control of his motorcycle on Sunset Boulevard on Thursday.

David’s wife Victoria was photographed at the airport the day before heading to London to oversee the opening of her new flagship store on Dover Street.

David was joined by Gordon Ramsay, his wife Tana and his daughters Holly and Megan. 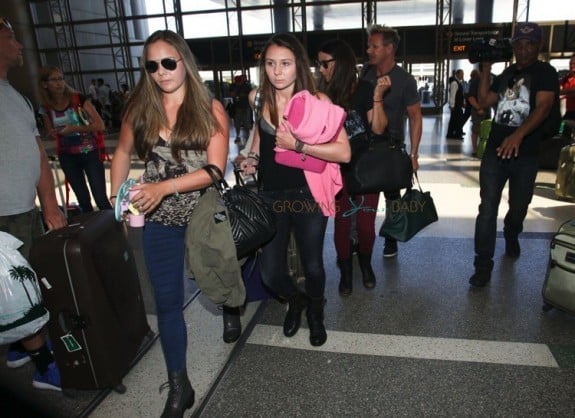 The two families are often spotted out hiking, out for dinner or at the beach together so it makes sense they would share a flight home!