Kim Kardashian and husband Kanye West were spotted out for lunch at Cafe Habana in Malibu, California on Sunday(September 20, 2015). 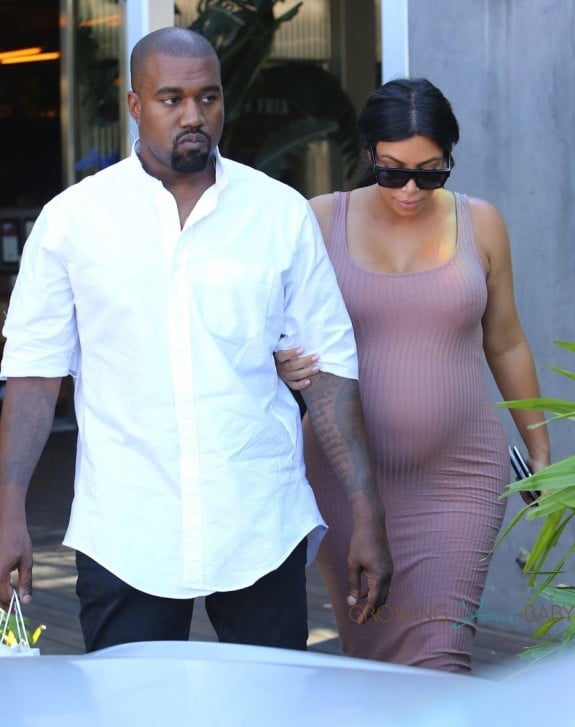 Kim’s growing belly was on full display in a pink ribbed tank dress that the reality star paired with a suit jacket. 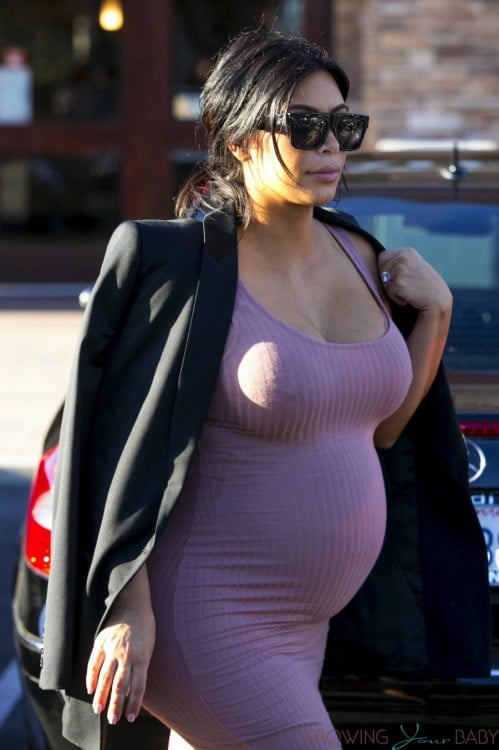 The couple is fresh home from New York Fashion Week where they caught a bit of grief from industry insiders who were not happy that their daughter North was at every show.

The toddler famously threw a temper tantrum at her dad’s fashion show in February, but was reportedly in good spirits this year.  North also scored the best seats in the house for the Alexander Wang show!