Home » Kim Kardashian Stocks Up On Toys With Daughter North!

Mom-to-be Kim Kardashian was photographed out in New York City with her daughter North West on Monday(September 7th, 2015).

Their first order of business? Hitting the toy store! 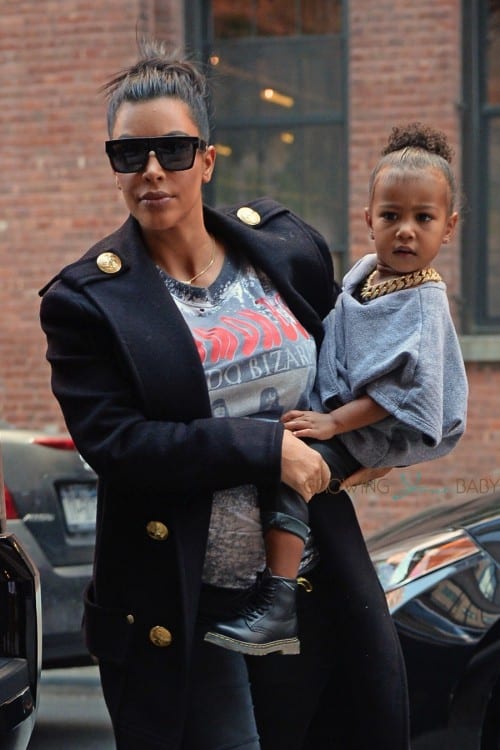 North was absolutely adorable in a grey sweater, leather leggings, Doc Martins and the biggest rope chain I have ever seen on a child.

While at the store she scored an Ariel themed candy, that ended up all over her face.  Through a window in the store cameras caught Kim trying to clean her cheeky little lady’s mouth off before giving her a smooch! 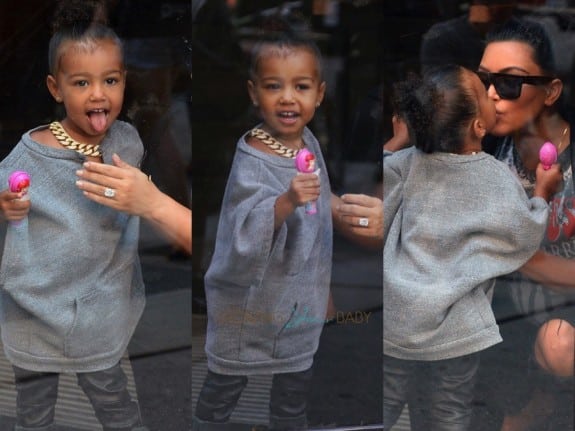 The trip, however, was a success – ending in many bags of purchases – which Kim’s assistants carried out for her.  The best toy of the day?  A My Little Pony stuffie that North insisted on carrying into the apartment herself! 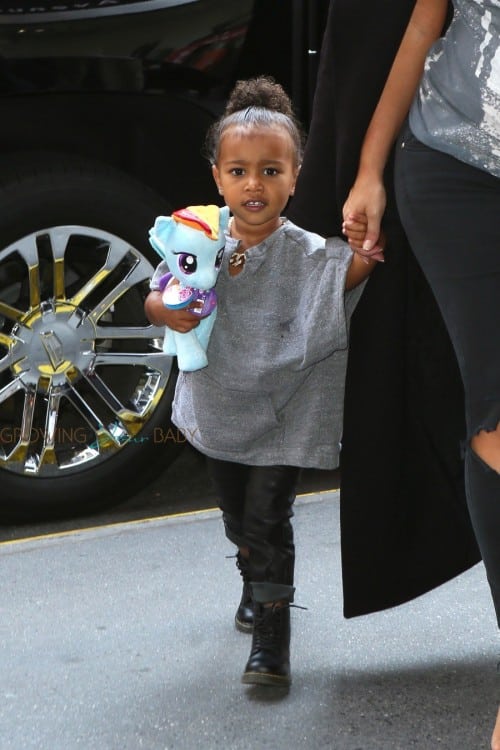 Kim’s growing belly could be seen under her Yeezus tee that she paired with ripped jeans. 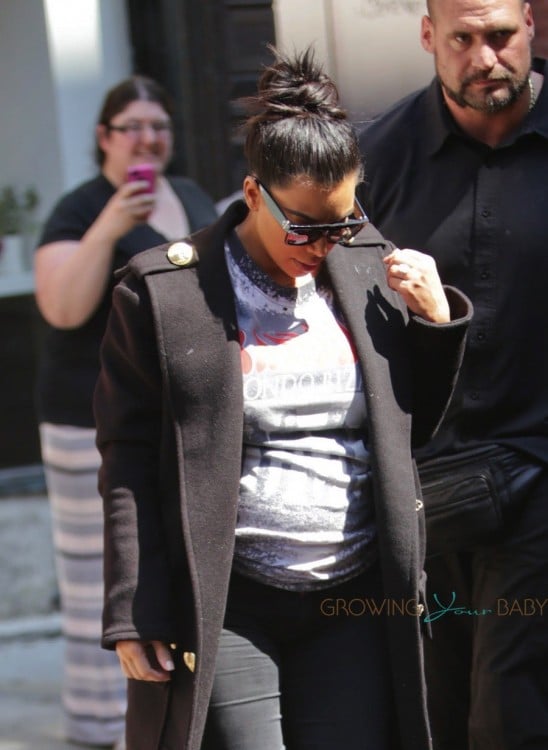