New mom Kimberly Stewart kept her little lady close while out with Jack Osbourne at Toast Cafe in West Hollywood this afternoon. 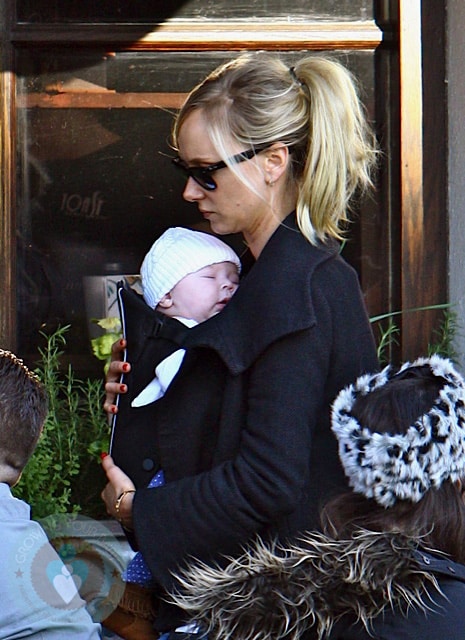 The former model recently revealed to Hello! magazine that Benicio Del Toro was in the delivery room when Delilah arrived on August 21.

‘The whole family, including Benicio, was at the hospital and my mom and Benicio were in the delivery room with me.

The couple are not together but they are committed to raising their daughter together.

‘Benicio’s very involved; he and Delilah have a very special bond.’

Kimberly also admitted she had named her daughter after Tom Jones’s 1968 song Delilah.

‘I named her after the Tom Jones song, as I’d always loved that.

‘She definitely looks like her dad, but she has my legs and eye colour.’