Dannielynn Birkhead was as pretty as Smurfette at the Smurfs 2 Premiere held at The Regency Village Theatre in Westwood, California on Sunday(July 28th). 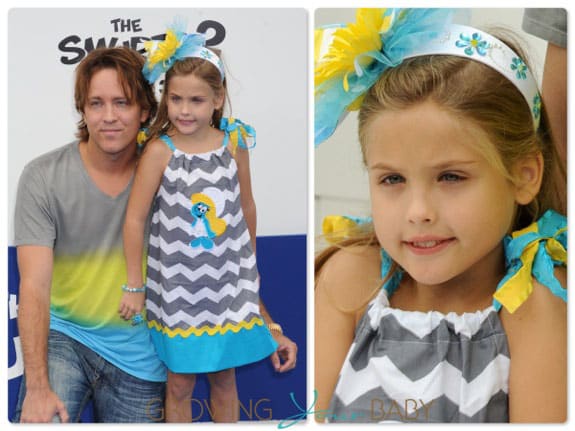 The six-year-old posed for the cameras while wearing an adorable chevron pillow case dress that was embroidered with Surfette on the front.  To complete her look she wore a rhinestone encrusted headband that was adorned with a yellow and blue flower. 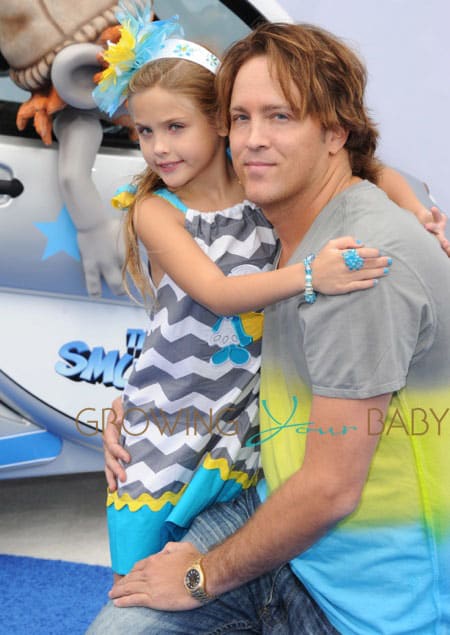 Not to be left out Larry wore a blue, yellow and grey shirt that matched his daughter’s ensemble perfectly!

During a recent interview with ABCNews Larry revealed that being a single dad is tough.

‘I’ll tell you where I have the problem is the clothes, the kids clothes. I think part of me overcompensates because she doesn’t have a mom. But I am working on it.’