Home » Britney Spears & Her Boys Walk The Blue Carpet At The Smurfs 2 Premiere!

Britney Spears and her boys Sean & Jayden were among the long list of celebrities in attendance at the Smurfs 2 Premiere in Westwood, California on Sunday(July 28th). 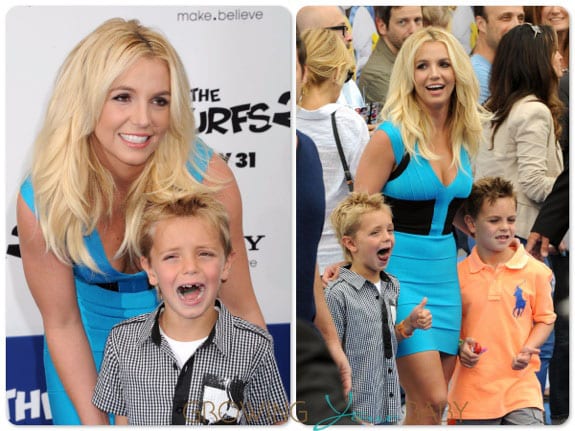 Not often spotted out at events, Jayden looked to be having a BLAST. For most of the photos he appeared to be screaming, while his mom posed for the cameras. 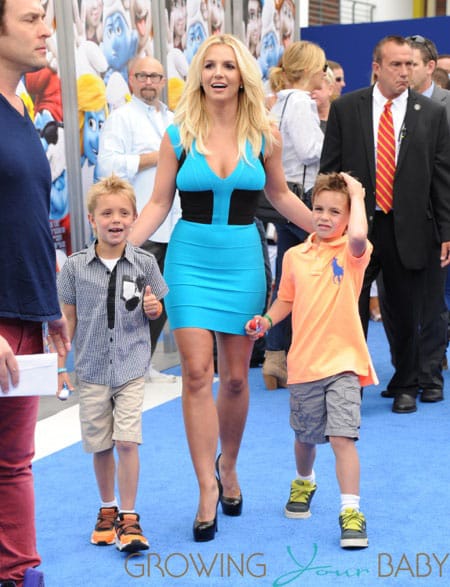 The appearance was fitting considering Britney performs one of the tracks from the movie and the boys are in the video for that song.

During an interview Britney also revealed that her kids are “obsessed” with the cartoon characters:

And now they are first in line to see the sequel.  It definitely pays off to have a famous mom!