Home » Liev Schreiber Out with His Boys at the Park

Liev Schreiber was photographed enjoying a beautiful day out at the park with his sons Alexander ‘Sasha’ and Sammy in SoHo earlier this week. 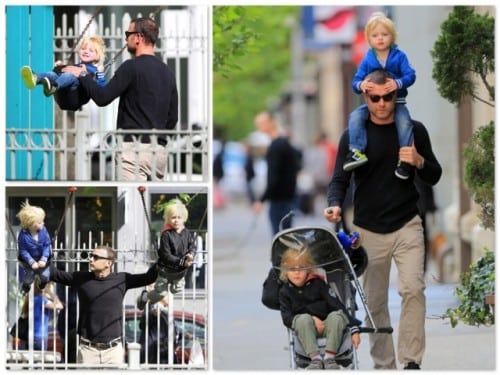 On their way home Liev juggled Sammy on his shoulders while push Sasha in a stroller full of gear.

Liev and his partner Naomi have been spotted out quite a bit with their boys over the last couple weeks.  In March Liev filmed a new pilot in Los Angeles for Showtime titled Ray Donovan, but will start production on Last Days on Mars in the UK in a couple weeks.

Until then he will play at the park with his boys!