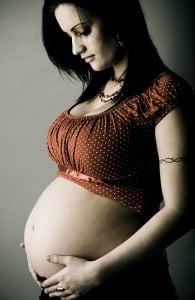 Teen pregnancy is a problem for a number of reasons; not only are teens and their babies at a higher risk of pregnancy-related complications, teen girls are less likely to graduate from high school or pursue a college degree than their same aged peers. According to the Centers for Disease Control, teen pregnancy rates in the US came in at a record low back in 2011: there were 31 births for every 1,000 girls between the ages of 15 and 19. But even with that decline, the US has the highest teen pregnancy rate of all developed nations.

There are a number of factors that can increase a teenage girl’s risk of getting pregnant – poverty, ethnicity and neighborhoods are some of the biggest. But according to a new study from Philadelphia, low reading scores also play a role in determining teen pregnancy risks.

“We certainly know that social disadvantages play a part in teen pregnancy risk, and certainly poor educational achievement is one of those factors,” Dr. Krishna Upadhya, a reproductive and teen pregnancy researcher from Johns Hopkins Children Center in Baltimore, who was not involved in the study, told Reuters Health. Upadhya added that poor academic skills may play a role in shaping the way that teens see their future economic opportunities, which may influence the risks they take, even if they are not consciously making the decisions.

This statement was backed by research from the University of Pennsylvania in which Dr. Ian Bennett and colleagues analyzed the standard test reading scores for 12,339 seventh grade girls from 92 different Philadelphia public schools. Researchers followed those girls over the next six years to determine which ones ended up pregnant during their teenage years.

According to the data, 1,616 of the girls ended up having a baby; 201 gave birth two or three times. Not surprisingly, Hispanic and African American girls were more likely than white girls to get pregnant during their teen years. But researchers also found that the girls’ reading scores played a role in their risk of teen pregnancy.

Dr. Upadhya says that, to prevent teen pregnancy, we need to go above and beyond the sexual education classes now offered.

“This is really about adolescent health and development more broadly, so it’s really important for us to make sure that kids are in schools and in quality educational programs and that they have opportunities to grow and develop academically and vocationally,” Upadhya said. “That is just as important in preventing teen pregnancy as making sure they know where to get condoms.”

While the information in this study does back Upadhya’s statement, I feel it’s important for parents of teen girls to recognize that lower reading scores do not necessarily mean that their daughter will end up pregnant, and high reading scores won’t protect teen girls from pregnancy. I was a straight A student from a fairly well-to do family and still ended up pregnant at 17. All teens, no matter how well off they are academically or financially, need an open line of communication with their parents and with other authority figures they can trust.