Maddox, Zahara and Shiloh Jolie-Pitt were photographed taking a super cute English Bulldog out for a stroll in New Orleans on Wednesday(Mar 8). 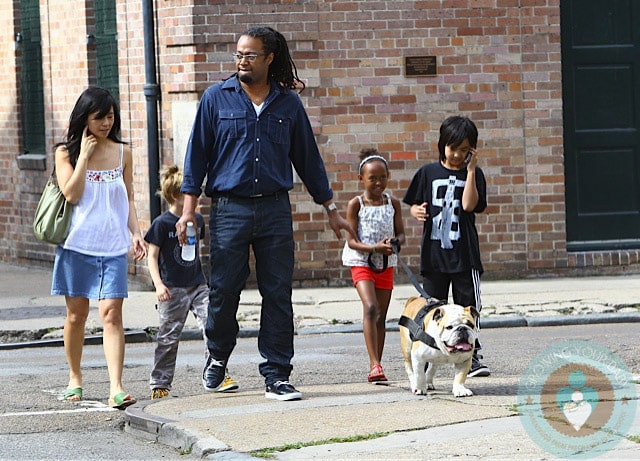 The trio, who were accompanied by a nanny and security, all took turns walking their friend. When it wasn’t his turn Maddox chatted on the phone while the girls kept their wrinkly guy close.

The family is in town for March 10 benefit of Brad’s New Orleans Make It Right Foundation. The event, which will be hosted by Ellen DeGeneres will feature performances by Kanye West, Rihanna, Sheryl Crow, Seal, and Snoop Dogg, with an after party hosted by Aziz Ansari.