Maggie Gyllenhaal‘s new campaign for Agent Provocateur has been released. 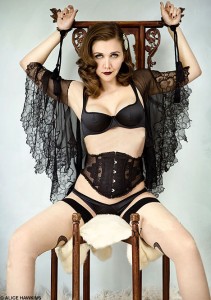 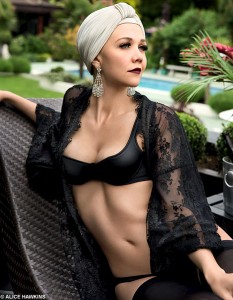 The private actress, who has an 11-month-old daughter, Ramona, with her actor fiancé Peter Sarsgaard releases her inner goddess in the 20’s inspired Glam theme ads for the upscale lingerie company.

According to Serena Rees, co-founder of Agent Provocateur, the striking brunette was chosen for the campaign – which has previously starred supermodel Kate Moss and burlesque artist Dita Von Teese – because, “she’s not an obvious sex symbol”.

“Maggie’s interesting looking, confident and beautiful in a way that is non-threatening, which makes her appealing to men and women alike,” she added.