When Annabelle Steele went into labour earlier this week she and her husband Joseph made the decision to drive the 45 minutes from their home in Steinbach to Winnipeg.  Knowing the delivery was premature, the hospital in Winnipeg would be better suited for twins that may need additional care.

Just 10 kilometers into the drive, however, her babies had other plans.

With an emergency operator on the phone, the couple pulled over.  Five minutes later their baby girl made her appearance. 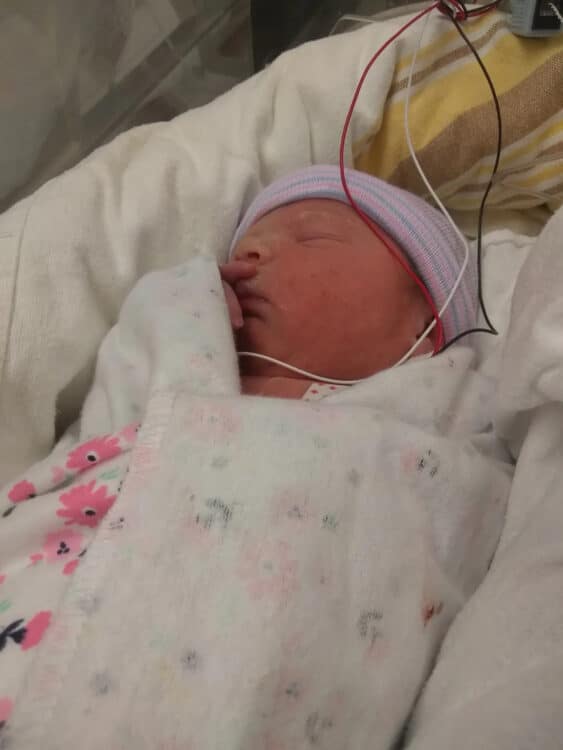 “I was in the passenger seat up front and that’s where Gracie Mae was born,” said Annabelle. “I think I was just concentrating on my breathing and, I don’t know, pushing.”

“There was all these emotions, but at the same time there wasn’t really time to focus on them,” said Joseph. “I did what I had to.”

When paramedics arrived they transported them back to Steinbach so Annabelle could deliver her second baby at a closer hospital.

Her baby boy’s arrival came with complications.  When Ephraim was born in the emergency department, he wasn’t breathing. 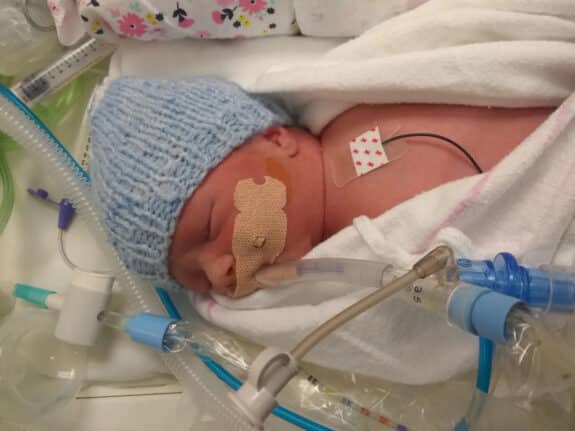 “We were just kind of there watching, very worried,” said Annabelle.

A respiratory therapist and the air ambulance team were able to put him on a ventilator.

“At that point things really begun to look better,” said Joseph. “It was still extremely terrifying.”

Once the twins were stable they transferred to Health Sciences Centre in Winnipeg where they could be looked after in the NICU.

Thankfully, Ephraim no longer needs a ventilator, but he still requires oxygen.

“Gracie Mae, she’s pretty strong,” said Annabelle. “They keep telling us in the NICU that girls are pretty strong and boys are kind of, you know, they take their time.… He’s taking his time.”

When the twins come home in a couple of weeks they will join their older siblings Venezia, 7, and Eli , 1.

“It was quite stressful, but we’re very, very thankful that everything, everything turned out OK,” said Annabelle. “They’re still recuperating, but it’s a relief that all those nurses and doctors are there.… It could have gone much worse, but they were there for us.”

The couple is incredibly thankful for the entire team of emergency professionals who assisted in their twins’ birth and care.

“I don’t remember names, I remember faces, I see those every time I close my eyes,” said Joseph. “They all know who they are.”