Matthew McConaughey and his wife Camila Alves were spotted leaving their hotel on Monday(October 5th, 2015) with their two oldest kids, Vida and Levi. 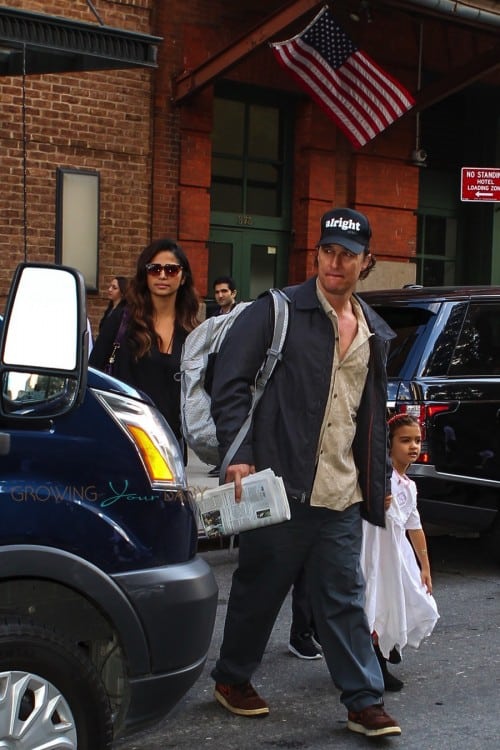 The family was headed out to grab some halloween costumes at a nearby shop. 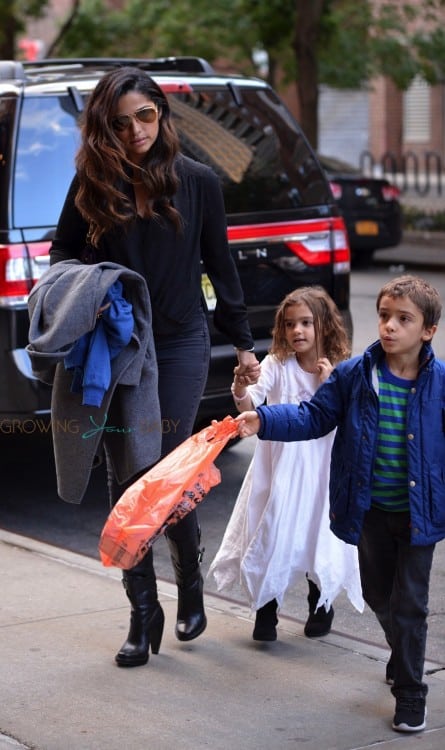 The McConaugheys are currently in New York City while Matthew films Gold alongside Bryce Dallas Howard. For his part of Kenny Wells, the actor is almost unrecognizable with some extra weight on and  a balding hair piece. 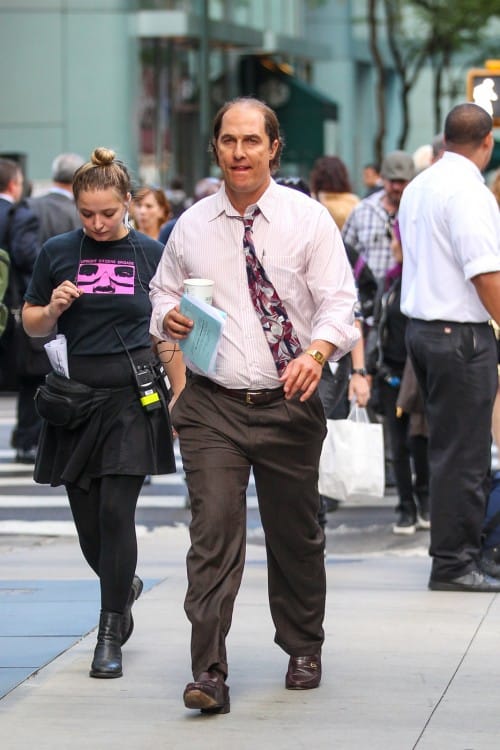 The family has been on the move for the past few months as the movie, which centers around the Bre-X scandal, filmed in New Mexico and Thailand.  They also accompanied him to New Orleans earlier this year while he shot the Civil War drama “The Free State of Jones.”