Matthew McConaughey and Camila Alves enjoyed a leisurely Sunday at church with their kids in Austin, Texas after an eventful Saturday night. 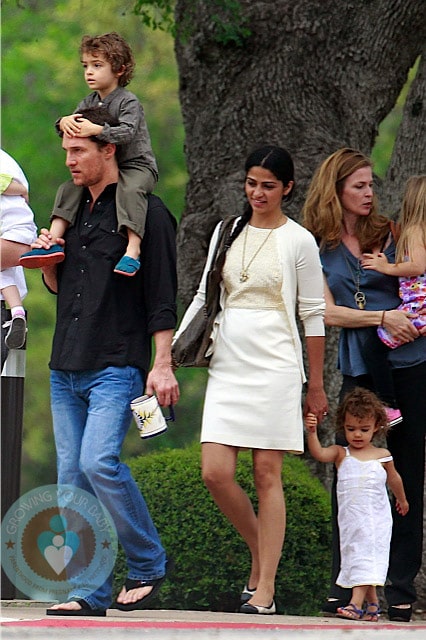 The actor looked a little under the weather as he carried his son Levi on his shoulders and a coffee mug in his hand.

That may be because the Texas native became a rock star on Saturday night when he joined 90’s rock band The Cult at the South by Southwest music and arts festival (SXSW).

The band played a free gig at the Austin, Texas, event and were joined on stage by McConaughey, who played the bongo drums for the band.

It has been a while since we have seen this family out together and that is more than likely because Matthew has filmed three movies over the last few months.

Look for him to take it off(literally) this Summer in ‘Magic Mike’, a dramedy where he will play a strip club owner and former stripper along side Channing Tatum.