A very pregnant Maya Rudolph posed at the premiere of her new movie Bridesmaids with co-star Kristin Wiig. 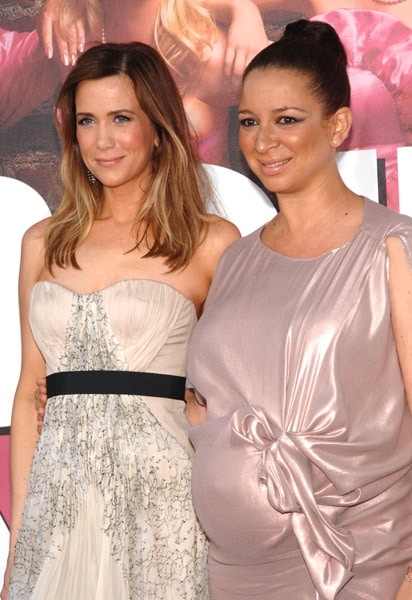 The actress, who is already mom to Pearl 5 and Lucille 2, looks fabulous as she heads into her last trimester.  She dazzled in a shimmering blush dress that was adorned with a bump accentuating bow!

The movie, co-written by Kristen, is a film of two best friends. After one becomes engaged, the other delightfully accepts being the maid of honor, until she realizes everything she has to do. As the pieces unravel, the characters find themselves in Las Vegas were the party seems to grow out of control with an ending nobody will forget.