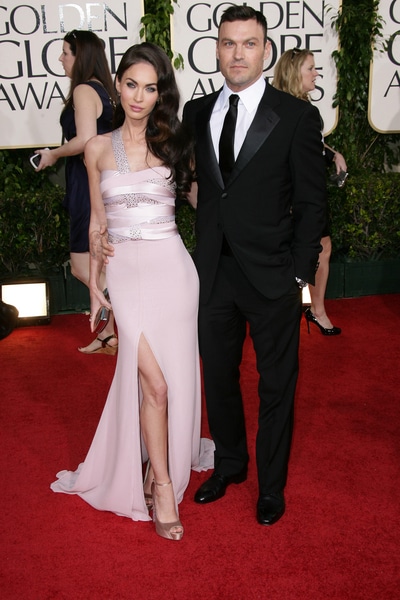 “We have been very lucky to have had a peaceful few weeks at home.  He is healthy, happy and perfect.”

“We are humbled to have the opportunity to call ourselves the parents of this beautiful soul and I am forever grateful to God for allowing me to know this kind of boundless, immaculate love,” Brian shared. “Thanks to those of you who wish to send your positive energy and well wishes. May God bless you and your families abundantly.”

Megan and Brian, who has one son, Kassius, 10, from a previous relationship with actress Vanessa Marcil, started dating back in 2004 after meeting on the set of Hope & Faith. In 2007, the couple got engaged but then broke it off briefly in 2009. They were engaged again in June 2010 and married June 24th, 2010. In June of this year, the couple confirmed that Megan was pregnant.

Months before the announcement, the couple harbored a secret.

Three months before the announcement, Us asked Megan if she saw herself having children of her own.

A month later, Cosmopolitan magazine asked the Friends with Kids star about kids.

Brian obviously agrees, but not just because they’ve had a child together: an insider told Us magazine, “Brian knows that Megan is mom material. She is amazing with Kassius.”

Congratulations to the happy couple! We hope to hear more soon on the newest addition to the Green-Fox family.