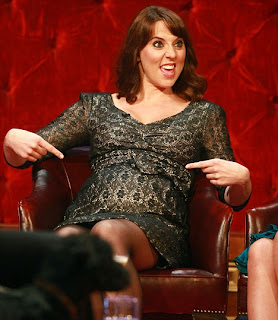 Former Spice Girl, Mel C appeared on Al Murray’s ITV and talked happily to the comedian about her growing bump.

When asked which of her former bandmates she would put on babysitting duty she tried to avoid answering the question, before jokily admitting: ‘Any of their nannies!’

When asked if she knew the sex of the baby, the singer replied,