Home » Michael Phelps Steps Out In Rio With His Family!

Olympic Swimmer Michael Phelps and his fiance Nicole Johnson were spotted leaving Leme Beach in Rio with their baby, Boomer Phelps on Monday August 15th 2016 after an interview with Today’s Matt Lauer. 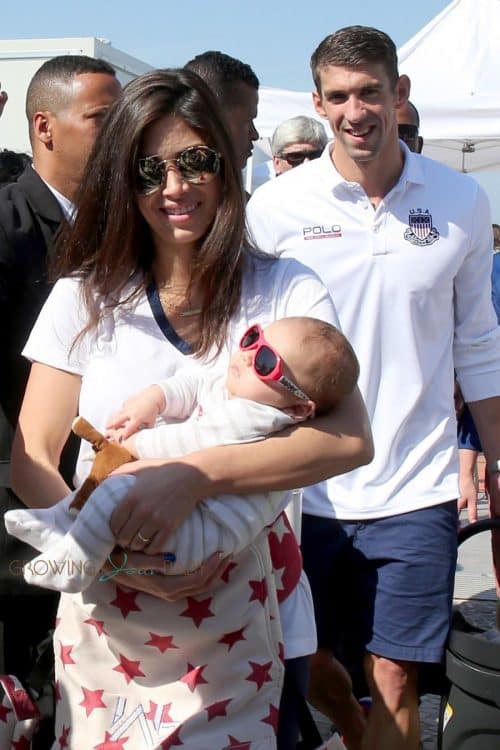 Michael earned 5 gold medals and 1 silver in Rio to bring his total to 28 medals – 23 of them gold.

The most decorated Olympian in history, the swimmer announced the 2016 games would be his last.

“Done, done, done — and this time I mean it,” he told Matt in a live interview Monday. “I wanted to come back and finish my career how I wanted and this was the cherry on top of the cake.”

Despite saying the same thing after London, he told Matt he felt differently competing during Rio. 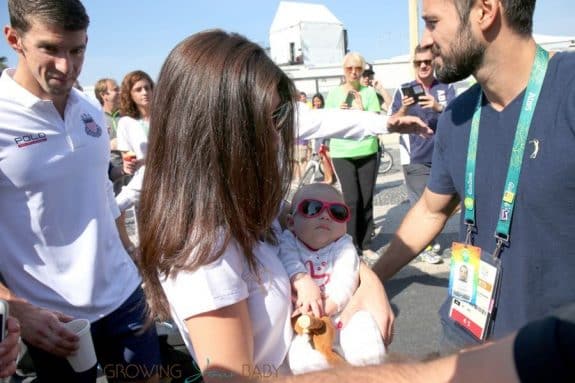 His three-month-old baby was cute in a pair of shades and the family was escorted by security.

Boomer has really stolen the show over the past week as he cheered his dad on from the stands.

Often wearing noise cancelling headphones to prevent the loud cheering from damaging his ears, the little guy has been showing his spirit with lots of red, while and blue!

Boomer’s pressence, Michael said, made his last Olympics so much more special.

“This is the best Olympics. Being able to have my first child be able to watch me swim and be there, he may not be able to understand really what’s going on, but just being able to have his presence here and know that he’s always up in the stands,” he told E! News exclusively while at Rio.

“It was something different and something very special. Before my last race, I have my white shoes that I wear out to every final, and inside the left shoe is his footprint. So every time I would put it on, I would see his footprint. And right before the last time I went out, I saw his footprint and I pretty much started crying because it was my last race and I was happy he was able to make it out for it.”