Home » Baby on Board: Infant Born During Plane Flight

A normal flight on Philippine airlines Cebu Pacific suddenly had its share of drama when a passenger started having contractions and gave birth while the Manila-bound plane was still five hours away from its destination.

According to passenger Missy Berberabe Umandal, who posted the news which went viral on Facebook, flight attendants called for assistance among the passengers and luckily two nurses were on the plane. The pregnant woman was brought to a more spacious area at the front of the plane, already crowning. After making the move, things happened fast.

Umandal says the other passengers heard just one loud cry and seconds later heard the baby, who apparently arrived after just one push from the mother. After giving birth, the woman actually returned to her assigned seat. 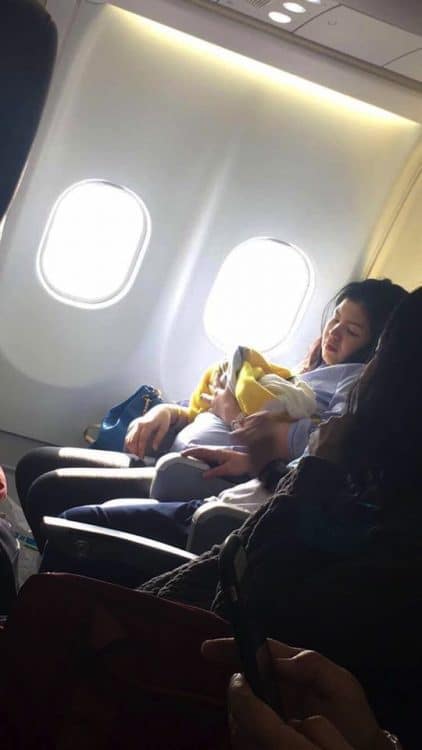 Another passenger had a suitcase full of infant clothes and necessities to give to the new baby girl. The cabin crew improvised a bath area for the newborn, using a sterilized shelf filled with mineral water for the infant’s first bath.

To ensure safety for mom and baby, the pilot made an emergency landing in India, delaying the flight for nine hours.

Technically the baby (reported to be named Haven) was born in India, but will carry a Philippine passport and have Filipino citizenship. She will also likely be given free Cebu Pacific flights for life, although that fact has not yet been confirmed but is traditional with many airlines.

The birth was a surprise for the new mom who was expecting to deliver in October. Most women who are beyond six months of their pregnancy are discouraged from flying, although some airlines allow very pregnant passengers on board flights if they have written clearance from their physician.