With just a couple days to go before they welcome their first child, Mila Kunis and Ashton Kutcher were spotted out on Friday enjoying grabbing a bite at the SunCafe in Hollywood. 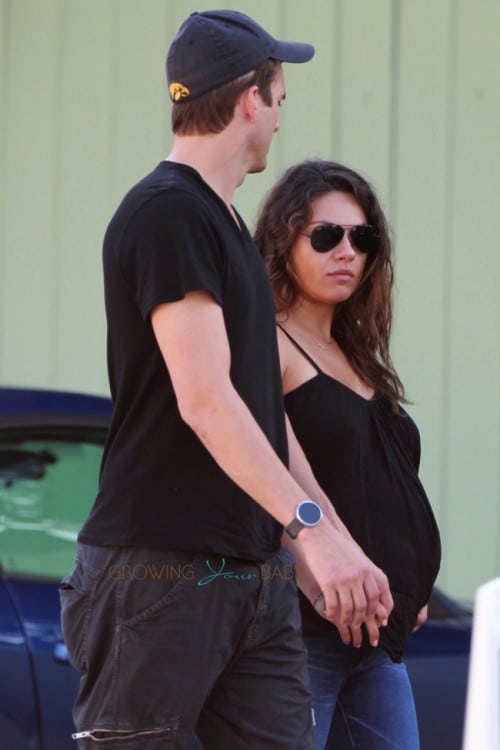 A ‘source’ recently revealed, Ashton is staying close to Mila as they get closer to the baby’s due date.

“Ashton is not letting Mila out of his sight,” a source recently told E! News. “They are spending every moment together. He can’t wait!”

“Mila is so excited about the baby,” The insider continued. “She’s not nervous at all. She’s been really calm and chill about it all.”

Throughout her pregnancy Mila has been spotted attending pre-natal yoga sessions, which will definitely help during her delivery.

On Wednesday she made a trip to the nail salon, likely to ensure that she was primped perfectly for the big day!  Moms-to-be often do this at the end of their pregnancy for two reasons. One – because they can’t see their feet and aren’t able to do it themselves, and two – it is believed that there are certain pressure points that can be activated during a pedicure to bring on labour! 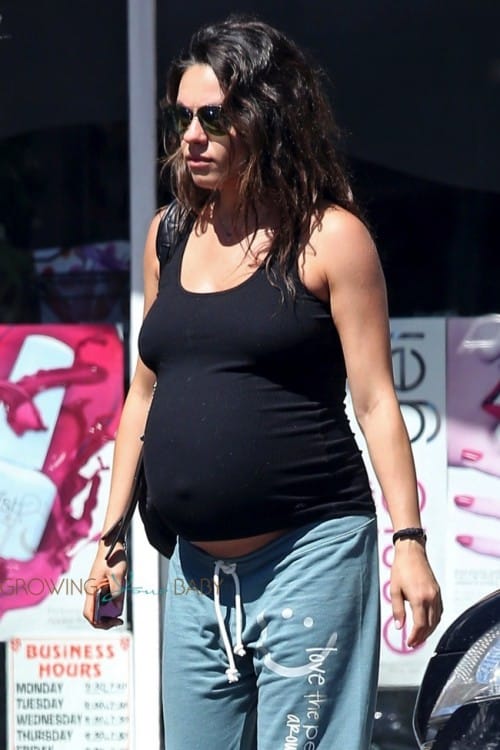