Home » Milla Jovovich is Radiant in Red At amfAR Gala

Actress Milla Jovovich showed off her growing baby belly on the red carpet at the amfAR LA Inspiration Gala Honoring Tom Ford at Milk Studios in LA on Wednesday night. 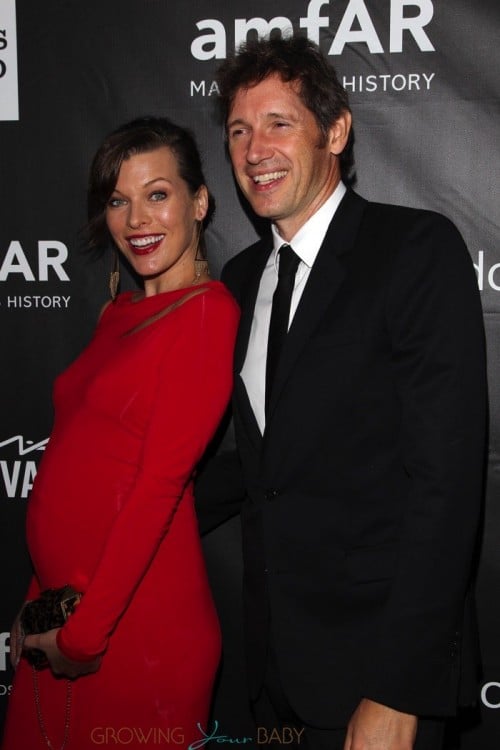 Accompanied by her husband, director Paul W S Anderson, Milla hammed it up for the cameras in a red Donna Karan gown. 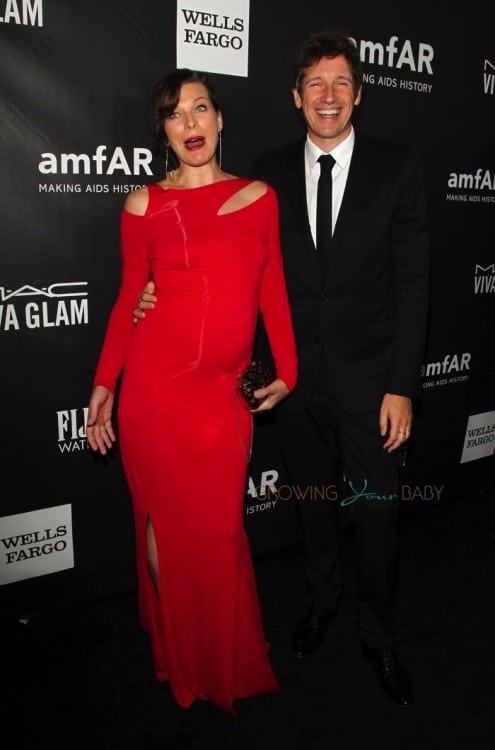 While at the event the mom-to-be revealed that she’s having another baby girl! “We found out. We’re having a girl,” she told E!News

The couple’s daughter Ever was hoping she was going to get a little sister. “I don’t know what we would have done if the baby was a boy,” she said.

Eager to share her stuff, Milla told E!News. “She keeps saying, ‘Don’t get her anything new. She can wear all my clothes,'” Jovovich says, laughing, “She’s so economical.”

And smart! Ever is one very fashionable little girl. Her baby sister is going to be lucky!