Home » Mirka Federer & Her Girls Step Out In NYC!

Mirka Federer had her hands full on Friday while out for a walk in New York City with her identical twins Charlene and Myla and a friend. 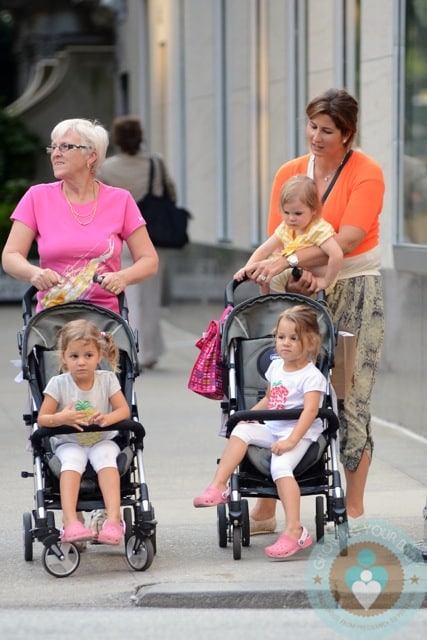 While carrying another child, Mirka worked to manoeuver her stroller through the city.

The family is in the big apple ahead of the U.S.Open where husband and dad Roger Federer will pursue his sixth US Open title. Looking to grab his 18th overall title, the tennis champ will have some competition when he hits the court against Novak Djokovic and Andy Murray.

The girls rode in Chicco Liteway strollers, but you may remember their fancy matching Bugaboo Bee strollers that were a gift from Gwen Stefani from last year.

They will likely be in the stands to cheer their dad on just like they were when he won Wimbeldon in July.