Kasen Michael Box is not the largest baby we’ve written about, but his size is certainly rare.

The newborn arrived on Monday weighing 12 pounds, 8 ounces, and his family is still in shock.  Kasen’s mother, Ashley Box knew her baby was going to be big, but didn’t think he’d go over 10lbs like his brother. 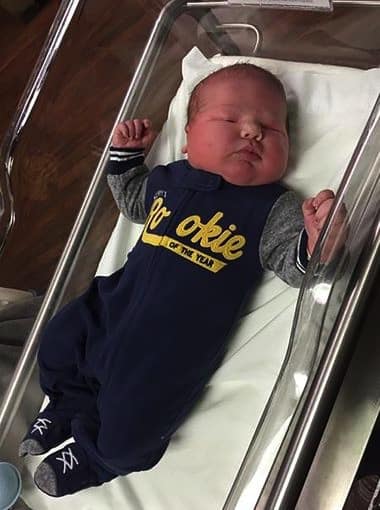 “I couldn’t believe it,” Ashley said, noting that Kasen wasn’t due until January 18th. 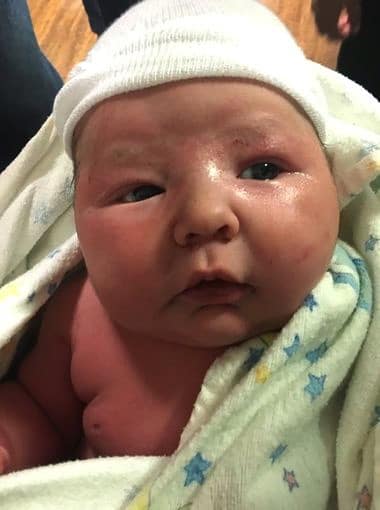 Thankfully for her, doctors made the decision to deliver him by C-Section.

“We pushed and no progress,” Ashley said.

New dad Greg had to wait outside the room while his son was being born.

“It was nerve-racking,” he said.

Kasen’s grandfather, Kevin Wells, was looking into whether or not his grandson might have been born the biggest baby in the state, joking that he could drive a car.

Citizens Memorial Hospital handled 523 births in 2015, but the hospital doesn’t keep a record of the largest baby ever born there.

Ashley’s not concerned though about having not having the state’s largest baby.

“To me, he feels small, but he is still huge,” Ashley said. 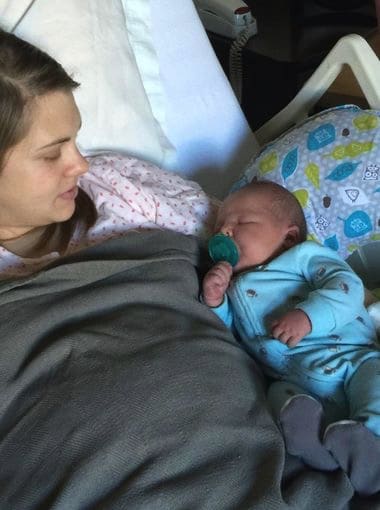 Over the past few years we have covered quite a few large deliveries including a 14.77lb baby boy, who was born to a mom of 9!  Often the baby’s weight is related to gestational diabetes, but in both these cases the moms-to-be didn’t show any signs of the condition.