We all know that some babies just won’t wait to be born; the fifth child of a mother from California just so happened to be one of the impatient ones. As a result, the mother was left to deliver her baby on a sidewalk in Irvine on Sunday. 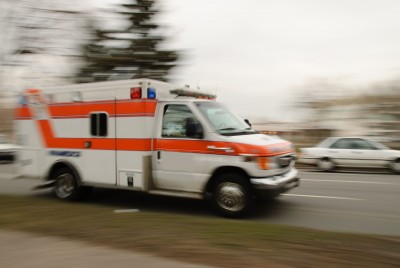 According to the Orange County Register, the 41-year-old woman had been rushing to her car to get to the hospital to deliver her baby. Though it is not disclosed as to who it was that might have made the call, emergency services were notified and responded to the first block of Rockwood Drive in Irvine, California at approximately 2:30 in the morning.

“It was a couple of pushes. It was a really smooth delivery,” Sergio Arevalo, the emergency medical technician who helped deliver the baby, told the Orange County Register. “It all happened so fast. Within a few seconds, the baby started crying really strongly, which is always a really good sign.”

Shortly after, mother and baby were both taken to Memorial medical Center in Laguna Hills. A tweet was made by the OFCA about the delivery, which just so happened to be Arevalo’s first. While the mother’s name was not disclosed, Kurtz said that both mom and baby “are in great shape.”