Since the beginning of the war in 2011, an estimated 4 million people have been forced from their homes in Syria, and more than 200,000 have been killed. A new mother and her unborn child would have joined those scores of victims, had it not been for the skilled and speedy hands of some very amazing doctors who managed to save both after an explosion. 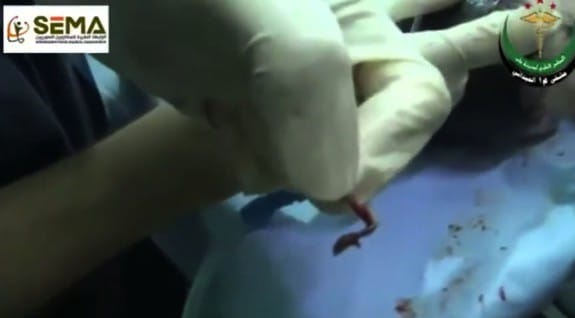 The mother, who had been injured by a piece of shrapnel that had pierced her stomach, underwent an emergency cesarean section at Aleppo City Medical Council, a nonprofit service in the city. Her entire procedure, graphic and heart-wrenching, was caught on film and then shared on social media.

You can see the baby being delivered and her being pulled out onto a table. In her left eyebrow is the piece of shrapnel that had pierced her mother’s womb. 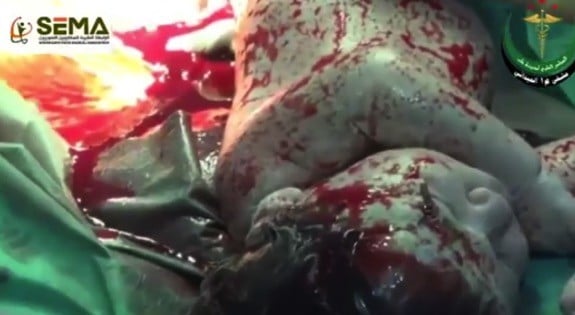 Doctors removed it, revealing a deep gash in her forehead. For several minutes, they worked at getting her to cry. When she finally did, expressions of gratitude and excited chatter could be heard. Then it was on to treating the baby girl’s mother. 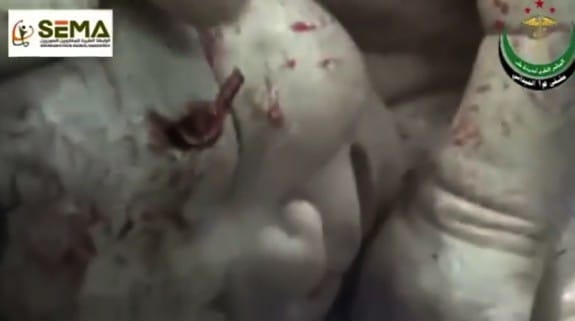 Miraculously, both made it through just fine and are said to be recovering in the hospital.

It is unclear as to exactly when the actual incident occurred, or what week of pregnancy the mother was in, but we’re happy to hear that both are doing well. We only hope that the future of this baby girl isn’t as tumultuous as her birth or the moments leading up to it.