Babies will come whenever and where ever they please. This evident from the number of times they have arrived at the most inopportune time. In the last couple of weeks, a mom has given birth at Chick-Fil-A, and on a train, to Paris so it would only be fitting that one would welcome her child at the county fair. 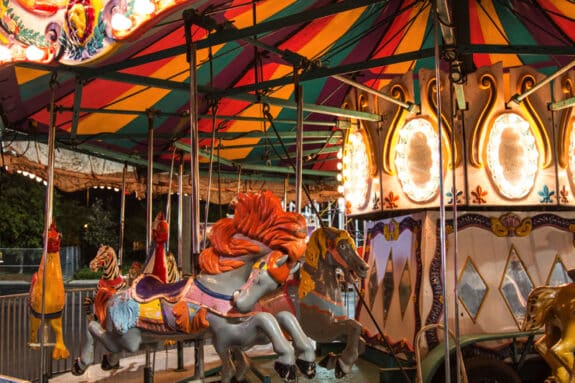 According to the Dixon County Sheriff’s Office a woman visited her boyfriend, who was working at the fair carnival, and went into labor.

Shortly after 9 a.m. Tuesday, dispatcher Cyndi Koeppe received a 911 call from a carnival worker at the Dixon County Fair.

“It was a man who said his girlfriend was having a baby on the fairgrounds,” Koeppe told the Sioux City Journal. “The girlfriend wasn’t just going into labor. She was literally giving birth to a baby at the fair.”

Kumm helped the couple through the birthing procedure while Koeppe dispatched rescue units to the fairgrounds.

Thankfully mom and baby were okay, and both were transported to a nearby hospital for observation.

The fair hadn’t yet open so the pair is lucky they didn’t have to contend with crowds during the surprise birth.