Can you get pregnant while you’re pregnant?  Yes, you can but it’s rare!  One mom has beaten the odds and conceived a third child while she is pregnant with twins. 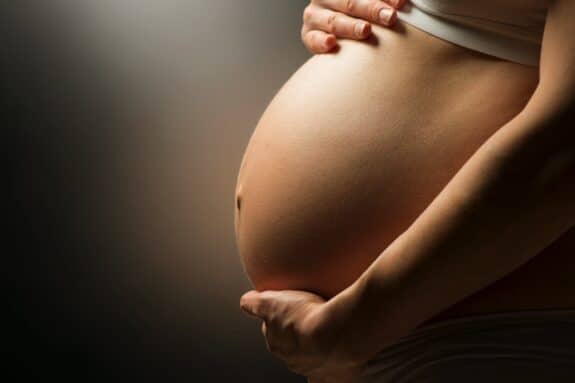 TikTok user @TheBlondeBunny1 revealed the news in a video she posted on the social media platform.

Called superfetation, the additional pregnancy occurs when a separate egg is fertilized by sperm in the womb days or weeks after a pregnancy has already occurred.

“We knew it was two separate pregnancies,” she revealed in one video. “When you ovulate, you ovulate for 24 hours. And sperm can live in your body for up to three to five days. So our first two babies are 10 and 11 days older than our third baby.”

In another video, she explained that her mucus plug had yet to form, which allowed a second pregnancy to happen.

Now 17 weeks along all 3 babies are growing well.

“Sure enough, it’s been hitting every single milestone like it’s supposed to, growing at a healthy rate, just 10 to 11 days behind the first two babies we have,” she said.

“We’re lucky enough that they’re close enough, they will all have the same due date,” she added.  “We just need to get the third baby past the 28-week mark, and hopefully carry them to 32, maybe even 35 [weeks].”

Despite the surprise, the social media star is excited to become a mom.

“We wanted to be parents, and God said, ‘Watch out what you ask for,’ and gave us three at once,” she said with a laugh. “Scared, excited, so many different emotions but I can’t wait for them to be here.”