Chelsea Clinton was photographed arriving in Los Angeles at LAX on a flight from New York on Thursday March 31st, 2016.

Pregnant with her second child, the mom-to-be’s growing belly could be seen under her printed tunic as she exited the airport. 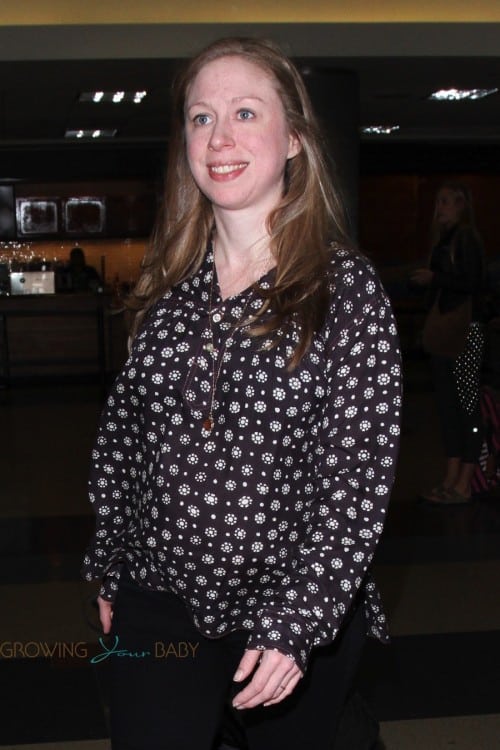 Chelsea, who has been hitting the campaign trail to support her mom’s bid for the U.S. Presidency, will appear at the University of California, Berkeley between April 1-3, as part of the ninth annual Clinton Global Initiative University (CGI U) meeting.

Created to bring together more than 1,200 college and university students from around the world, Chelsea will be joined by her father, former president, Bill Clinton and Conan O’Brien to discuss advance solutions on a wide range of global challenges, including the refugee crisis, securing human rights through data and new technology, food insecurity, combating mental health stigma globally.