Kristen Bell showed off her growing baby belly on Thursday while out in Los Angeles at the Byron & Tracey Salon. 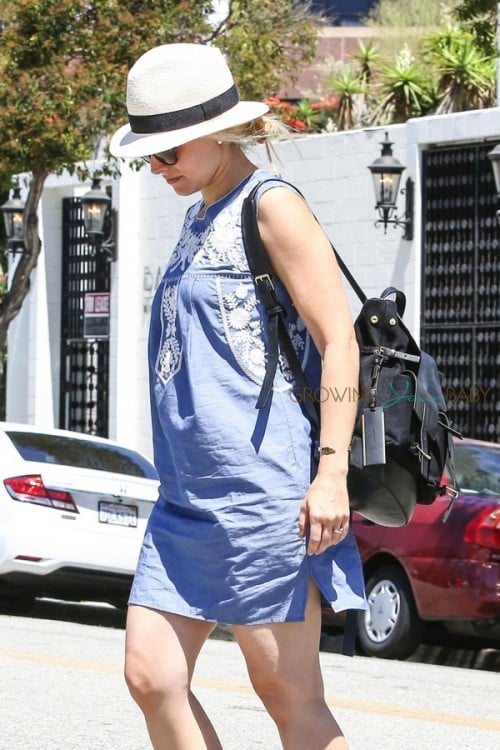 The actress, who is about 5 months along with her second child with husband Dax Shepard, stayed comfy in a denim dress with a trilby hat and sandals as she left the salon.

This pregnancy is going well, she recently revealed to People.com, but that hasn’t come as a surprise considering her first pregnancy was such a breeze. 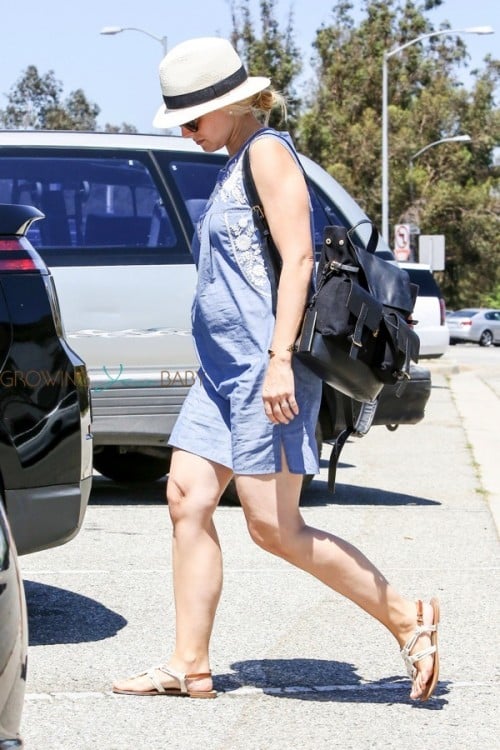 “So far, it’s been the exact same, and Lincoln came out like a champ,” Bell says. “Lincoln was an easy pregnancy and an easy baby, so hopefully this one will follow the same path.”

Their next obstacle is picking a name.  The couple is “completely stumped” after falling in love with Lincoln’s name for a boy or girl the last time around.

“Lincoln’s like my television. I love being a mom and I love watching her explore the world and talk to me about things. It’s mostly babbles, but she signs, and so we can communicate. I’ve never been so interested in anything in my entire life. I have heard parents say that when you have a second child, your love doesn’t divide, it multiplies, so I have confidence that will happen.”

“And then eventually, I’ll explode,” she jokes.

Well… we hope that doesn’t happen.