Home » Moms Who Have Twins May Live Longer: Study 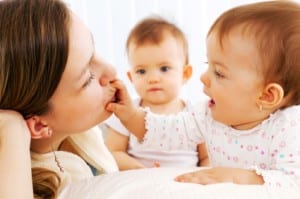 The birth of twins doubles the joy for the mother but also asks for more time, effort and energy from her part to equally share her love and care between the two. Now a new research suggests that these women are naturally blessed with a healthier body and an added blessing of having twins is that compared with other mothers, these women live longer.

Demographer Ken R Smith of the University of Utah and his team also added that mother of twins usually have more children than expected, bear babies at short intervals for a longer time and are older at their last birth than other mothers.

The researcher however points out that the results are not because they have twins but because the women are in general healthier and have increased chances of delivering twins.

“Having twins will not make you stronger or healthier, but stronger, healthier women are more likely to have twins naturally,” says Shannen Robson, the study’s first author and a recent Ph.D. graduate in anthropology at the University of Utah.

What Smith also says is that the findings are contrary to the belief that women who bear twins naturally have to bear added strain during childbearing.

He explains, “The prevailing view is that the burden of childbearing on women is heavier when bearing twins. But we found the opposite: women who naturally bear twins in fact live longer and are actually more fertile.”

What was special about the research was that the data used came from the Utah Population Database, which is among the world’s most comprehensive computerized genealogies. The database includes information on 6.4 million people from the early 1800s to present.

Smith says about the relation between twin birth and health, “People are always interested in what affects how long we are going to live. It’s complicated. There are so many factors that contribute to longevity, health and aging.”

“This study has been able to identify – and it’s a fairly novel result – another important factor that contributes to health and longevity in later years, namely, that women bearing twins appear to be healthier,” Smith says. “That innate healthiness is contributing to their ability to have twins, and it is also contributing to their longevity.”

He also points out that the study is a broader view and they do realize that women having twins or triplets may have medical complications.

“Women having children are fundamentally young and healthy,” he adds. “So the risk of dying in childbirth is quite low. The women who have twins have a somewhat elevated risk of mortality over those [child-bearing] years, but the vast majority of those women reach age 50, and we’re able to observe that they have healthier lives.”

Earlier studies had shown that while having twins run in families, environmental factors such as mother’s health, and her age during pregnancy played an important role.

Smith said that while people today generally are conscious towards leading a healthy life, their genetic makeup too is responsible for their health and it is in this respect that they found that mother of twins are naturally healthier.

The group of women in the 1800s was specifically selected to study only natural births and not include the present day prevailing cases of artificial twin births.

“We’re saying that women who twin naturally have something that makes them healthier,” says Smith. “We are able to see that in these ancestral women because they had many children and had no fertility treatments. They have left a legacy through their descendants who may all share this desirable trait of being healthier.”

For women today “who have access to infertility treatment and who have twins – which isn’t uncommon – we simply don’t know how that will affect their health,” he adds. “We’re not encouraging women to actively seek having twins so they can live longer. It’s not a conclusion we can draw.”

The various results of the study were,