On Oct. 1, 1971, Walt Disney World Resort officially opened to guests for the first time.  In the five decades since it is the most popular theme park in the world, with 58 million people experiencing the magic it has to offer every year.

Guests can share in “The World’s Most Magical Celebration” beginning Oct. 1, 2021, in honor of the resort’s 50th anniversary. 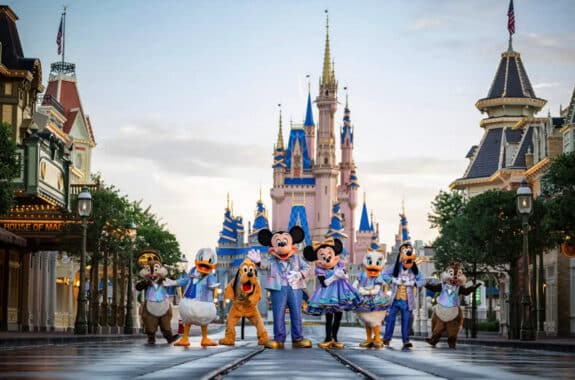 This event, which will run for 18-months, will feature new experiences at the resort’s four theme parks and beyond, where shimmering EARidescent décor will appear as if by magic. It comes as no surprise that the party will be Cinderella Castle at Magic Kingdom Park.   Adding to its royal makeover from 2020, the castle will feature new gold bunting, sparkling golden embellishments and other new enhancements, including a 50th anniversary crest warmly welcoming guests to join the festivities.

A new nighttime spectacular, “Disney Enchantment,” will help kick off the 50th anniversary festivities when it debuts Oct. 1 at Magic Kingdom Park. Created to launch with “The World’s Most Magical Celebration,” this evening extravaganza will take guests on a journey filled with adventure, wonder, and empowerment. Inspiring everyone to believe in magic, “Disney Enchantment” will feature music, enhanced lighting, stunning fireworks, and, for the first time, immersive projection effects that extend from Cinderella Castle down Main Street, U.S.A. 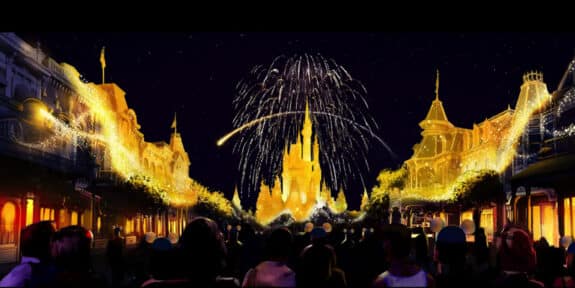 Guests visiting Epcot can end their day at the park with “Harmonious”, one of the largest nighttime spectaculars ever created for a Disney park. 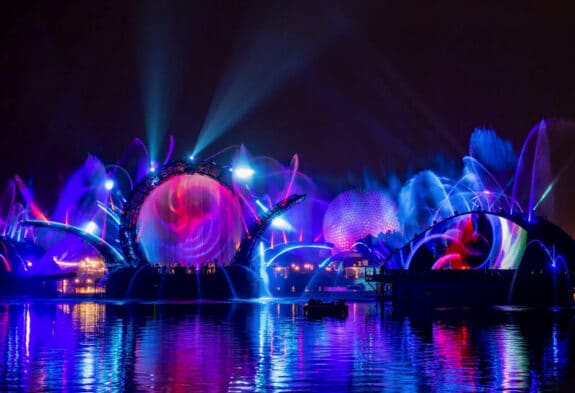 This new show will bring the globe together at World Showcase Lagoon in a celebration of Disney music that inspires people worldwide. It’s a grand, powerful tribute to the unifying power of story and song, embracing new technical magic that incorporates pyrotechnics, fountains, lighting and media in new ways. “Harmonious” will feature new interpretations of classic Disney songs, reimagined in more than a dozen languages by a diverse group of 240 artists from around the world. 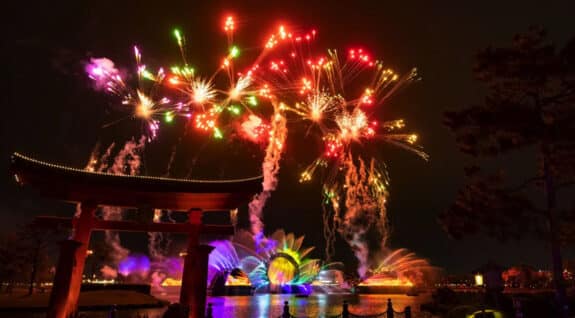 The grand opening of Remy’s Ratatouille Adventure will also be Oct. 1, inviting guests into the flavorful world of Disney and Pixar’s Academy Award®-winning “Ratatouille.” 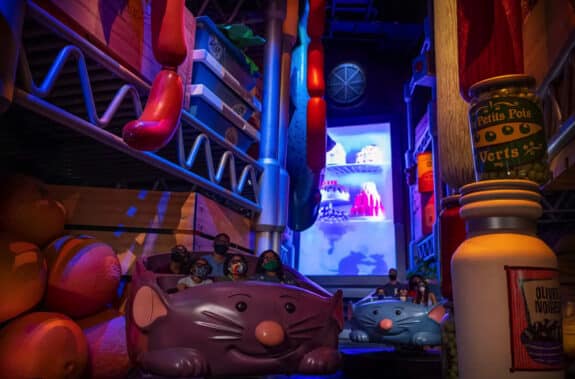 This family-friendly attraction will make guests feel as if they shrink to the size of Chef Remy and scurry through Gusteau’s famous restaurant. They will discover Remy’s Ratatouille Adventure in a newly expanded area of the park’s France pavilion, where the real is made fantastic in a reimagining of Paris inspired by the film. 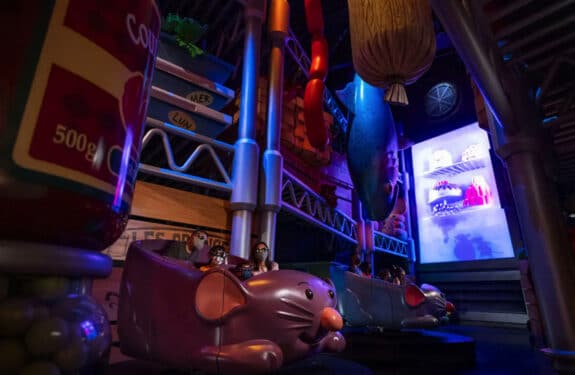 Also debuting Oct. 1 in this section of the pavilion will be a delicious new restaurant, La Crêperie de Paris, offering both table- and quick-service options. 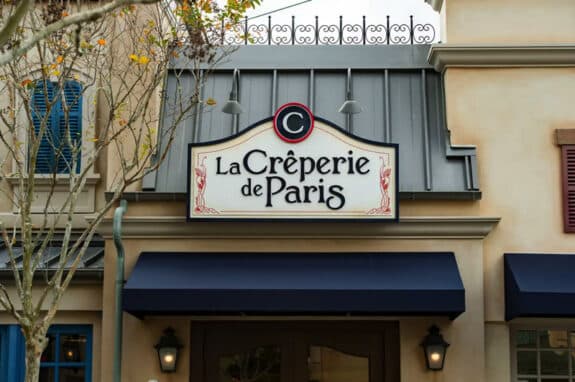 The menu will feature sweet crepes, savory buckwheat galettes (naturally gluten-friendly), and authentic French hard cider. The attraction, restaurant, and pavilion expansion are all part of the historic transformation of EPCOT currently underway, bringing a breadth of new experiences to the park as a celebration of curiosity, discovery, and the magic of possibility. 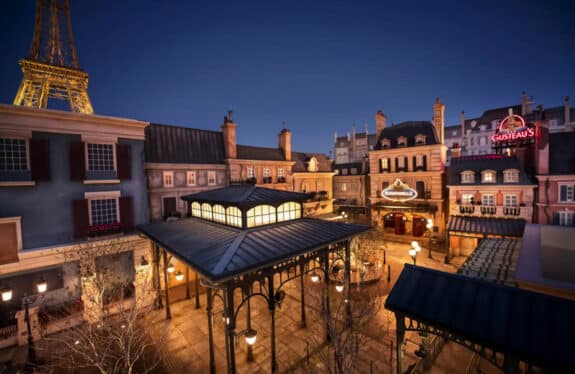 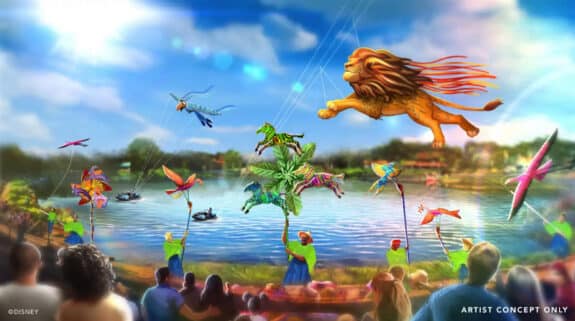 Performers will fly windcatchers and kites of all shapes and sizes, while out on the water elaborate three-dimensional kites – some stretching to 30 feet long – will depict Disney animal friends, including Simba, Zazu, Baloo and King Louie. These colorful creations will dance through the sky to the beat of favorite Disney songs in an uplifting, vibrant experience for the whole family. 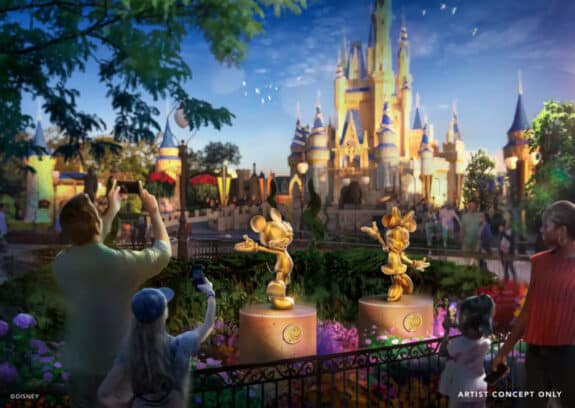 There will be 50 characters featured overall, and guests will be able to interact with the “Disney Fab 50” in surprising ways as part of the 50th anniversary celebration.

Also look for Mickey, Minnie, Donald, Daisy, Goofy, Pluto and Chip ‘n’ Dale to be dressed in sparkling new looks, custom-made for this special occasion. Highlights of these celebratory designs include beautifully embroidered impressions of Cinderella Castle backed by fireworks, as well as a brocade in multi-toned, EARidescent fabric – all punctuated with pops of gold. 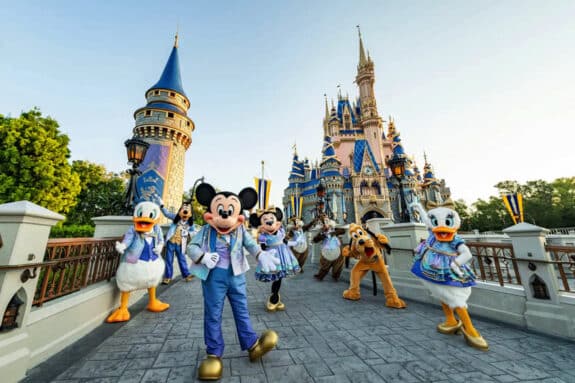