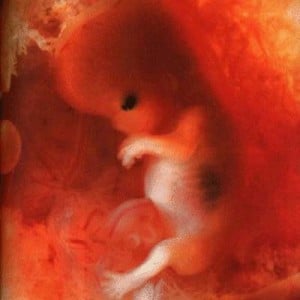 Stem cells; is there anything they can’t do?  Researchers at the University of California, San Francisco have begun human experiments with a technique to transplant a mother’s healthy stem cells into her unborn child.

It is hoped that the technique will treat genetic disorders like sickle cell anaemia and severe combined immune deficiency (Scid).

Sickle cell anaemia is a disorder that affects the red blood cells, making them sickle shaped instead of round.  This causes anaemia, and organ damage.

Scid, sometimes called ‘bubble boy disease,’ is one of the most serious immune disorders.  Babies born with the disorder have a deficiency of immune system cells.  The disease often results in death before the age of two.

Many genetic disorders can be detected by 12 weeks gestation, but until now, there was little that could be done.  That may be about to change.

“We now, for the first time, have a viable strategy for treating congenital stem cell disorders before birth,” said Dr. Tippi MacKenzie, leader of the study, which appeared in the Journal of Clinical Investigation.

“This research is really exciting because it offers us a straightforward, elegant solution that makes foetal stem cell transplantation a reachable goal.”

Attempts have been made, in the past, to transplant healthy donor marrow into a developing fetus through ultrasound-guided injections.  For the most part, these previous attempts have failed due to transplant rejections.  This has not been the result of the baby’s body rejecting the transplant but rather because the mother’s immune system attacks and rejects the donation.

It turns out that as much as 10 per cent of a fetus’ blood cells are from the mother.

“Transplanting stem cells harvested from the mother makes sense because the mother and her developing fetus are pre-wired to tolerate each other.”

After birth, the baby should not need to take long-term medication to prevent rejection.

Only time will tell how effective the treatment will be against these genetic disorders, but the outlook is good and the medical community is hopeful. – Jen R, Staff Writer