Home » Naomi Watts Takes The Boys To Feed The Ducks

Naomi Watts was spotted out running errands in Santa Monica before enjoying for some playtime with her boys. 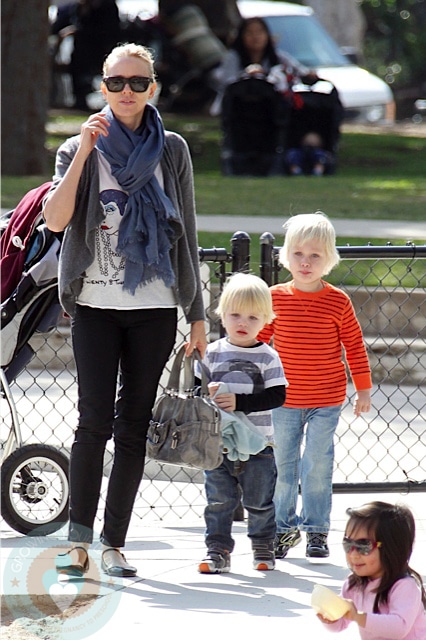 The actress and her sons Sammy and Sasha played at the park and then spent some time feeding the ducks before she had a confrontation with a photographer.

According to sources, Naomi felt that a photographer was getting too close to her kids and took issue with her.  Unfortunately the police were called and the actress was questioned.

Unaware of the drama, the kids played with their nanny while everything worked itself out.