Home » New Mom Miraculously Alive after 45 Minutes With No Heartbeat

Despite everything Ruby Graupera-Cassimiro has been through, she says she’s “just a normal girl.” But doctors are calling this new mom and what she went through as nothing short of a miracle. 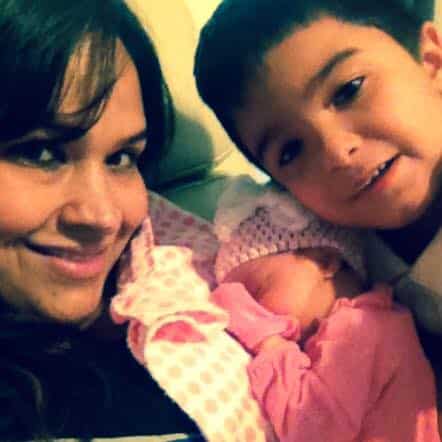 “I was dead,” Ruby told ABC News. “My husband tells me ‘You were grey. You were cold as ice, and you were dead. You had no color in your lips.’”

It all started with an uneventful cesarean section back on September 23rd. Their beautiful baby girl was both healthy and beautiful, and even Ruby seemed to be fine as they prepped her for recovery. But then, as she was being wheeled into the recovery room, Ruby’s nose suddenly felt stuffy. She asked someone for a tissue. After that, she remembers nothing of the great lengths doctors went to in an attempt to save her life.

According to Ruby, it felt like she’d fallen asleep. She said she felt like she was floating along in a tunnel.

As all of this was happening, doctors were trying to revive her. They performed CPR, chest compressions, and even shocked her. But after three hours, they were convinced that Ruby was gone forever.

For 45 minutes, Ruby didn’t have a heartbeat. Then, out of nowhere—several minutes after doctors had given up the fight—a blip came on the heart monitor. It was at that time that Ruby said some “force” had stopped her from going any further down the tunnel; she knew she couldn’t go any further.

“I was chosen to be here,” she said, adding that she is grateful to have had the chance to come back to her family, including her now seven week old baby Taily.

Doctors think that Ruby had likely suffered from an amniotic fluid embolism—a highly rare condition in which the amniotic fluid leaks into the blood stream, causes blood clots and leads to cardiac arrest. In so many cases, it leads to death because it cannot be predicted and it is often too late once the embolism hits. Yet, for Ruby, she is here, she is a live, and she suffered no brain damage, broken ribs or even burns from the four or five times that doctors tried to shock her back to life.

And it is everything that she went through—the life and death situation—that has made her not only grateful, but also no longer afraid of death.

“I realize through all of this that one day, we really don’t have control of our lives,” she said. “The day you go is the day that you were destined to go.”