Home » Newborn found Abandoned on a Beach in Hawaii

A newborn baby is safe in the hospital after discovered abandoned on an Oahu beach on Sunday night by a passer by. Authorities are still trying to find why the baby girl was left in such a condition on the Hawaiian beach. 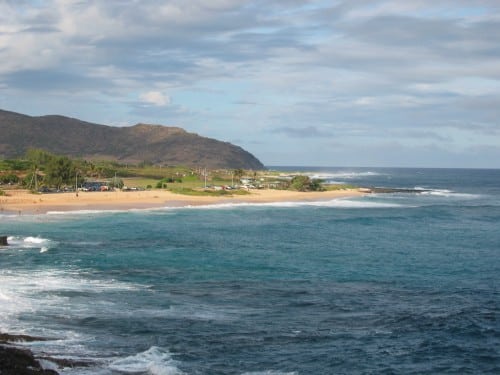 According to Police spokeswoman Michelle Yu, a woman who was at the beach on Sunday night heard many people screaming at about 11 pm. A little later the screaming stopped but she heard a baby crying.

When the woman walked towards the ocean, she saw the baby girl on the sand. She took the baby to a hospital.

Police are investigating the case as endangering the welfare of a minor and child abandonment.

Patricia McManaman, State Department of Human Services Director said the newborn was left on the beach immediately after birth.

Law enforcement also reported that an eyewitness saw a woman standing in the water and heard her screaming in pain. When he approached her, she told him she cut her foot on the reef. Later, the man saw another woman with a crying baby leaving the beach.

The baby girl weighs 8 pounds and is doing well as well at the hospital.

Surrendered under the Baby Safe Haven Law, McManaman says the purpose of the law was created to protect the health and safety of the abandoned newborn.

Anyone who surrenders a newborn under the law, will be asked to provide the following information: name of the newborn; name and address of the parent or person surrendering the newborn; birth place of the newborn; newborn’s medical history; newborn’s biological family’s medical history including major illness and diseases; the surrendering person’s desire with regard to reclaiming the newborn; and any other information that might be necessary for the department to determine the best interests of the infant. However, the person cannot be compelled to provide the information, and safe haven locations may not refuse to accept a newborn if the person does not provide the requested information.