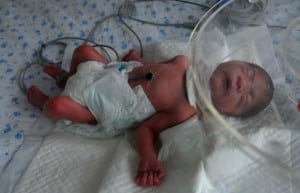 In 1978, China implemented their “policy of birth planning.” In this policy, the country’s urban couples are restricted to having only one child. There are some restrictions – rural couples, couples without any siblings on either side and minority couples may be permitted, in some instances, to have more than one child. According to the Chinese government, these restrictions have prevented more than 400 million births in a country that is already overpopulated. Yet this policy has stirred a lot of debate from both from China and around the world from critics and supporters alike. It has also created a well-known problem – the death and abandonment of innocent children.

It is, of course, illegal to kill a child in China. However, a low reporting rate for live births and the practice of female infanticide (abortion of female children because of gender) has long been suspected in China, particularly in rural districts. Additionally, countless children in the country have been abandoned and left to die in dumpsters, toilets and on the side of the road. Another little girl has recently been added to the toll.

A tiny baby girl, her umbilical cord still attached, was found inside of a dumpster in China’s Liaoning province by a man who was looking for recyclables. Her throat was slit and she was placed inside of a plastic bag. At first, the man had thought that the baby was already dead. He told police that she was purple and that she hadn’t moved until he further examined the bag, still in shock that he had just found an infant in the bin.

Local residents called the police and the tiny infant was transported to the nearest hospital. One resident who had witnessed her being taken to the hospital said: “She was still breathing and had a heartbeat. Blood from the wound stained the whole body.” 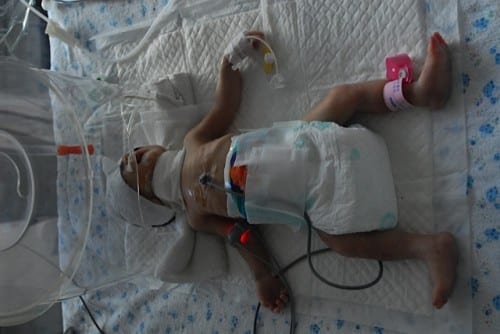 One of the physicians who helped care for her said that, had the cut been any deeper, she would have died instantly. Upon further examination, doctors estimated that she was born prematurely, around 32 or 34 weeks gestation; she weighed in at only three pounds. An infant that small and that early needed care immediately after birth, yet she has survived her horrific first few days of life and is said to be in critical condition. Should she recover, she will be sent to an orphanage until a family for her can be found.