After spending almost 2 weeks with their family in Australia, Nicole Kidman and Keith Urban were photographed at the airport heading back to the U.S. 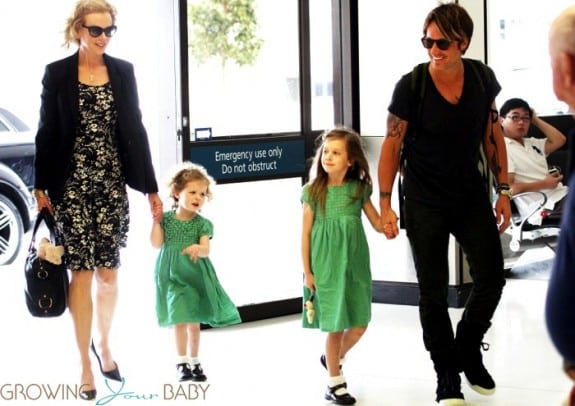 Faith and Sunday were sweet in matching green smocked dresses and black patent leather shoes as they made their way through the airport with their mom and dad. 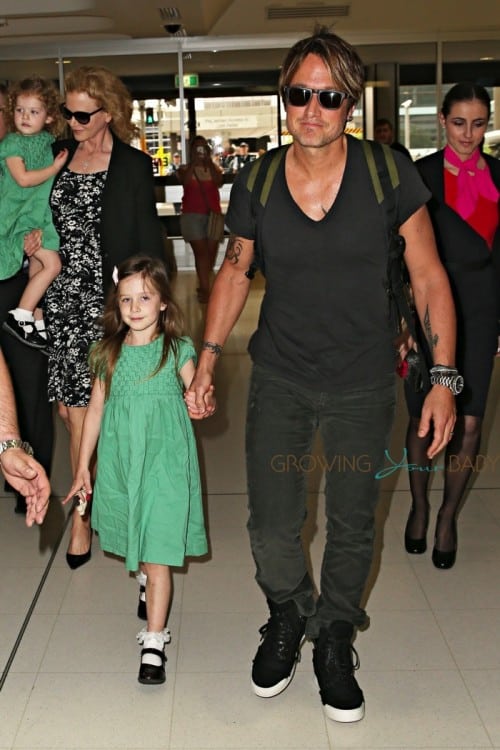 The holiday was a busy one that was filled with many celebrations.  Just a couple of days after they arrived Nicole and her family celebrated her parents’ 50th wedding anniversary.  Christmas followed 3 days later, Faith’s 3rd birthday was 3 days after that and then New Years.  Whew!  That must have been a whirlwind.