George Lucas and Mellody Hobson were spotted out in St. Barts on Wednesday enjoying a sunny stroll with their daughter Everest. 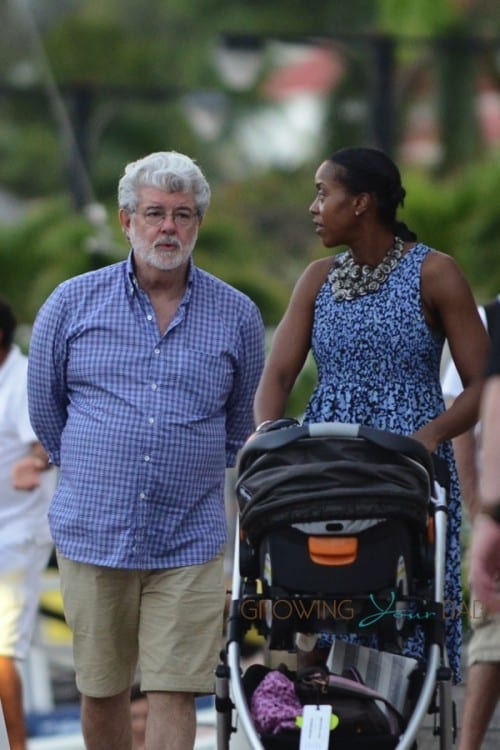 The Star Wars director and his wife later equipped their 5-month-old cutie with a Sponge Bob Life Jacket before they boarded a boat that was headed back to their yacht. 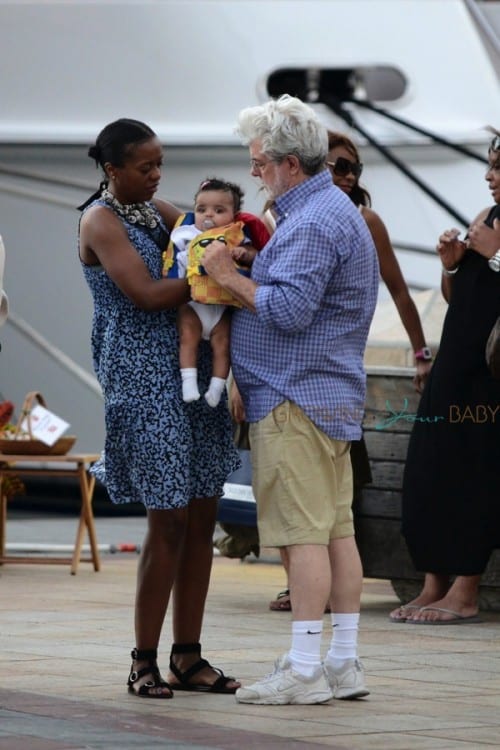 The couple, who was married on June 22nd,  welcomed the baby by surrogate in August.  Shortly after her arrival Mellody told CBS News, “Everest is based on the son of a very close friend”.

Not new to fatherhood, George is also dad to adopted children, Amanda, 32; Katie, 25; and Jett, 20 from his first wife Maria.