Could the war against childhood obesity finally be showing some positive results? A new study has found that the rates of obesity among toddlers is on the decline, but health officials are not ready to call this a win just yet. 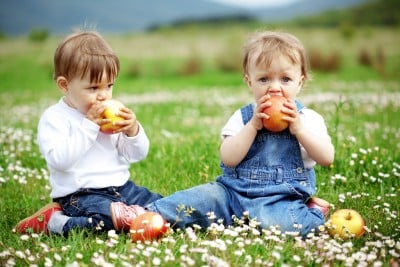 The study was conducted by Deakin’s WHO Collaborating Centre for Obesity Prevention. More than 225,000 toddlers between the ages of two and three-and-a-half years were looked at in this study. The researchers found that the numbers of obesity in their area was slightly lower than in previous counts, making an encouraging sign that the population was getting healthier.

“These results show promising signs that not only is overweight and obesity declining in some groups but that it may be possible to slow, even reverse, the widespread increase in obesity seen in recent years,” said Deakin Obesity expert, Prof Boyd Swinburn.

Families living in lower socioeconomic areas had the most pronounced decrease in obesity rates. This may be in part due to a three year project by Romp & Chomp in Geelong that used low cost community support programs to help curb obesity in young children. Providing healthy support to families with lower incomes may help them to be able to make healthier food choices.

However, Prof Swinburn says there is still a lot of work left to be done. His suggestion is restricting the marketing of unhealthy foods to children in Australia. According to Swinburn, the marketing power of these cheap yet unhealthy foods causes too many families to give in to their children’s wants. Restricting this would help decrease the obesity rates even more. – Summer, staff writer