In a move expected to help hundreds of families each year, Ontario will screen babies for heart issues within hours of their birth. 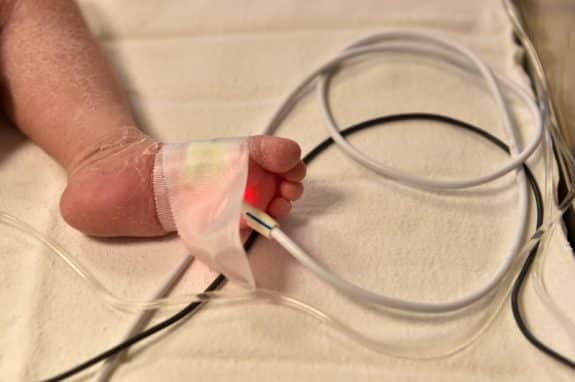 Some US states already have this screening procedure in place, but Ontario leads the way in Canada with the screenings expected to be operational throughout the province by the end of this year, and British Columbia expected to follow that lead.

This test for congenital heart disease is actually simple and does not require a blood sample. It can be easily done at any hospital – or by a midwife for families opting for home birth. The newborn screening is done between 24 and 48 hours after birth using a probe that looks like a Band Aid with a red light on it. It is wrapped around the infant’s finger or hand so the light picks up oxygen levels in the blood. The procedure is then repeated on a lower limb.

In Ontario, newborns are already screened for 30 diseases, an extensive program on which more than $60 million dollars in funding has been spent over the past four years. Medical professionals agree that any movement toward early detection is better for families and benefits the medical prognosis of the baby.

About twelve of one thousand babies are born every year with a congenital heart disease. Of those, one-third are considered critical due to defects of the heart or blood vessels. In Ontario, that equates to up to 450 babies annually.

The spotlight has shined more brightly on this issue since late night talk show host Jimmy Kimmel spoke publicly about his own newborn’s diagnosis of heart trouble.

Dr. Pranesh Chakraborty is the director of Newborn Screening Ontario. His own family conducted an informal test of the screening last August on his newborn child with the help of a midwife. He’s pleased that Ontario has so clearly emerged as a leader in these screenings.

How important is this new testing? The earlier defects are detected, the faster they can be treated. This is critical to the child’s health over the long term.

Up to 100 babies are discharged from Ontario hospitals each year with undetected heart problems.