Holy cuteness Batman! Orlando Bloom was photographed enjoying a stroll through Tribeca with his 2-year-old son Flynn earlier this week. 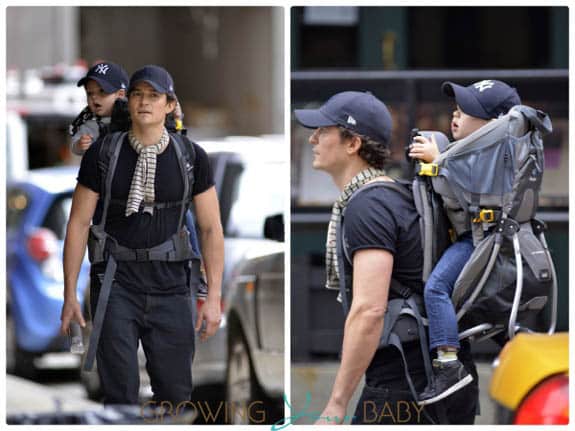 Like father, like son – the pair wore matching Yankee caps as they made their way through the city.

Looking for an quicker way to get home, the actor eventually hailed a cab and the two piled in. 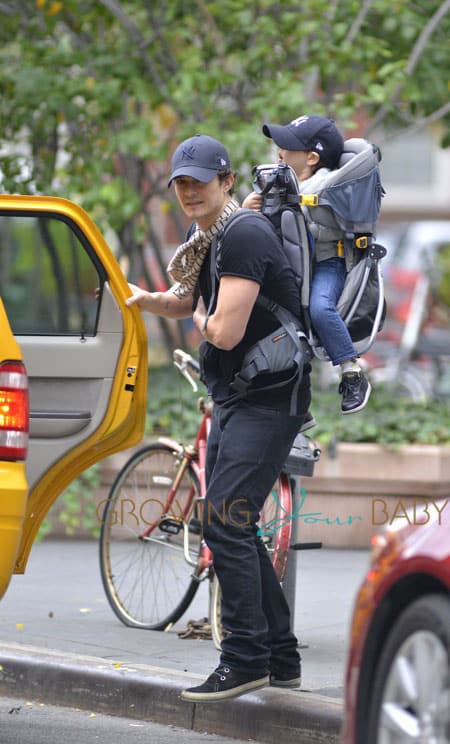 Often spotted out with his little guy, Orlando is one of our favorite baby wearing dads!  On top of keeping Flynn close in the Deuter frame carrier(above), he has wore him in an Ergo and also a wrap, just after he was born.