In the United Kingdom, a five-year-old boy is fighting for his life. Meanwhile, his parents are being detained in Spain. It is a case that is riveted the world, leaving many of heartbroken as we watch their plight from our computers and television screens. 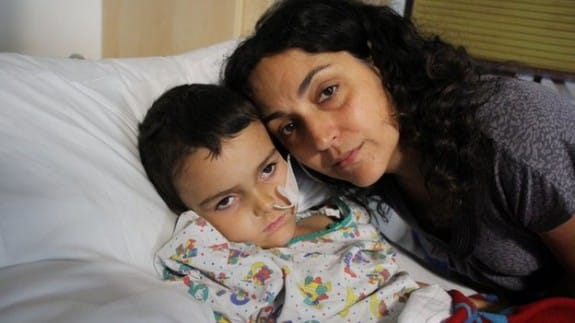 The family’s struggle began during the treatment of their son, Ashya, in Britain. The child’s father, Brett King, questioned doctors about his son’s treatment, as well as other options that might be available. After the discussion, which didn’t end well, Brett expressed fears in a YouTube video over possibly having a restraining order placed on him. He was worried that he might be kept from his sick son, simply because he felt there still might be hope for his little boy. 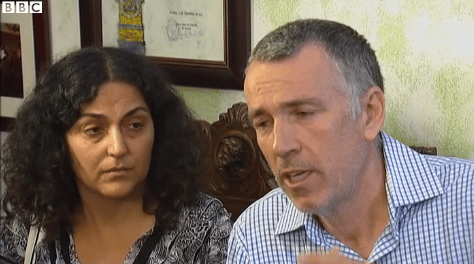 “They looked at me, straight in the face, and said with his kind of cancer, which is called a medulloblastoma, it would have no benefit whatsoever,” he said, cradling his sick child on his lap. “Well, I went straight back to my room and looked it up, and the American sites and French sites and Swiss site where they have proton beam, said the opposite, that it would be very beneficial for him.”

Proton beam therapy is a targeted type of radiation treatment that increases the chance of killing cancer cells by sending a higher dose of radiation directly to the tumor. Unlike other forms of cancer treatment, it does not kill surrounding healthy tissue indiscriminately, the long-term effects are less likely.

Britain’s health department announced in 2011 that it would build to treatment centers to make proton beam therapy available in London and Manchester in 2018, but until those facilities are open, Britain has paid for patients eligible to travel to the US or Switzerland for treatment. However, this option was not made available to Ashya.

Brett and his wife, Naghemeh, took their son and fled to Spain in hopes of selling a property to obtain enough cash to treat their son in the Czech Republic or the United States. But as the world watched the family’s plight unfold, police pursued them and issued an arrest warrant on suspicion of neglect after Southampton General Hospital realized that their patient had been checked out without doctors’ consent.

Now, the couple are fighting for release as documents are translated and doctors are consulted. Once all the information has been collected, the judge could extend their time in detention or release them.

British authorities have made no apology for the warrant, and of travel to Spain to question the couple. Assistant chief Constable Chris Shead, of Hampshire Constabulary, has said that he would rather be criticized for “being proactive” than “potentially having to explain why a child has lost his life.”

However, as the images of Ashya’s parents being loaded into Spanish squad car in handcuffs are displayed on televisions all over the world, Ashya’s grandmother says it’s an “absolute disgrace” that her son and daughter-in-law have been accused of child neglect.

“They (the authorities) are the ones who are cruel because they have taken poor little Ashya, who is dying of a brain tumor, and they won’t let the parents, my son and daughter-in-law, they won’t let them see him at all,” Patricia King said. “It’s terrible. It is so cruel it is unbelievable.”

And many of us are now questioning how much power and authority a nation should have over our lives, our deaths, and the treatment that takes place in between it all. We wonder, should they have the right to insist that treatment be followed as dictated to us? Or should we reserve the right to refuse treatment, even in cases where universal care is offered and where life or death hang in the balance?

While only time will tell as this family’s struggle continues to unfold, it is a case that is likely to stick with many. Because no parent wants to watch their child struggle with life, and many of us would do anything within our power to save them—even if that meant going against a doctor’s wishes to seek out treatment elsewhere.