We’ve heard it said, time and time again: what we feed our infants is important to their future health. 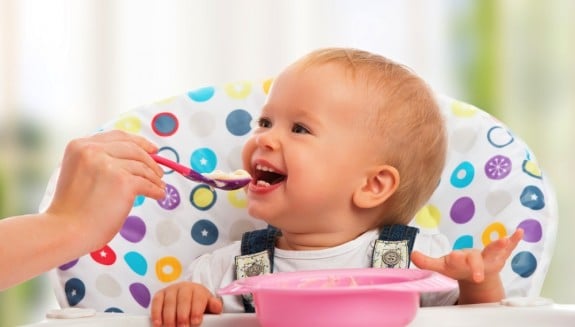 A series of studies, recently published as a special supplement the journal Pediatrics, suggests so.

The new study reaffirms the importance of breast-feeding, once again. Important facts such as the lower odds of ear infections, throat infections, and sinus infections in children breast-fed exclusively for at least six months, or at least part time for nine months—as found by CDC researchers—were highlighted in the study. But the studies also contain other information, such as how breastfeeding can affect an infant’s diet until at least age six.

For example, researchers found that breast-feeding during infancy could increase the likelihood that children would consume a healthier diet later on in life. In fact, breast-fed children were said to consume sugary beverages less often, and they consumed more water, fruits, and vegetables than children who were bottle-fed.

“The overall finding is that some of the health benefits go beyond infancy,” said Kelley Scanalon, co-author on several of the studies and lead epidemiologist in the division of nutrition, physical activity, and obesity at the Centers for Disease Control and Prevention. “We know from other studies that children’s eating behaviors and preferences develop very early and are influenced by a variety of factors. They seem to have an innate preference for sweet and salty foods and dislikes bitter flavors, which are found in vegetables. [However], breast-fed infants are more open to different flavors.”

One particular study that focused on bottle-fed infants also found a subtle advantage for breast-feeding mothers when it came to the risk of obesity as it relates to overeating – a habit that may be conditioned at a very early age, researchers now believe.

“When a child is at the breast, there is a natural level of self-regulation,” Dr.Karen Marie Puopolo, an expert unaffiliated with the new study and chief of neonatology at Pennsylvania Hospital, told Today. “It is very difficult to overfeed. But when you can see that there is milk left in the bottle, it’s hard to get beyond that thought, ‘Oh dear, he didn’t finish.’”

This information has been highlighted through other studies, but there is one finding that surprised researchers, and it had nothing to do with breast versus bottle: According to the authors, parents are still giving their infants sugary drinks.

According to Pan and colleagues, children who consume sugary beverages three or more times per week at 10 to 12 months of age were two times more likely to suffer from obesity at the age of six than those who didn’t drink sugar sweetened beverages during infancy. Of course, these statistics have been highlighted and discussed in other studies, which begs us to question why parents are still giving sugar sweetened beverages.

Puopolo suspects that part of the problem may be that parents still haven’t fully grasped the concept that fruit juices are nothing more than “candy water,” but that fruit is a very healthy addition to the diets of both infants and children because of its fiber content.

So what’s the message from Today?

While seemingly unrelated, the group of studies highlights one very important aspect of parenting: early nutrition is paramount to a healthy childhood. So, whether it’s breast-feeding versus bottle feeding or fruit versus fruit juice, we parents must always consider the best, healthiest option when it comes to feeding our children, not just for today, but for their futures.