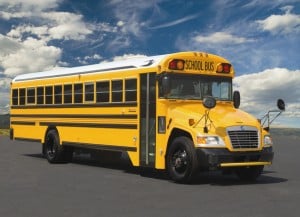 When parents send their child off to school, they expect them to be treated with dignity, respect and compassion. This is especially true when you have a child with special needs. Unfortunately, a couple in Missouri is learning that it doesn’t always work out that way.

Two weeks ago, a mother from Johnson County learned that her 5-year-old son was restrained with duct tape by the bus driver and the school’s principal. This type of behavior is unacceptable when dealing with any child, but this particular child has Asperger’s. According to the mother, her son was restrained after having an outburst.

The mother reportedly learned of the incident from another parent who had witnessed it. She then called local law enforcement and reported it as child abuse. The sheriff’s office is still investigating the allegations.

Superintendent Jeff Blackford has refused to offer a statement about how the district is handling the allegation. He did give a generalized statement, however.

“We hold all our staff members to very high standards and we expect our staff to appropriately supervise and manage students at all times,” Blackford said.

While the mother remains anonymous, fellow members of the community have spoken out about the incident.

“I don’t know what I would have done,” said fellow parent and community member Shawn Holt. “I think there ought to be criminal charges involved, not only on the bus driver, but also on the school because they covered this up for at least a week.”

Another member of the community, Linda Lujan, has a 7-year-old son who also suffers from Asperger’s. Her son, Connor, claims that he has been threatened by the same bus driver.

“He told us that he started yelling and was kicking the seat and Mr. Mike (the bus driver) stated that if he didn’t shut his mouth, he was going to duct tape him,” Lujan said.

While Connor may have avoided the duct tape entirely, Lujan is no less angry that this driver has threatened her son and actually restrained another. She has a very strong message for the Chilhowee school district officials:

“Get off your butts and teach your staff how to deal with kids with disabilities.”