Home » Planned Births on the Rise in Australia 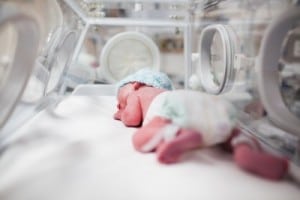 There are certain instances in which delivering early is considered a better alternative than carrying to term, namely when the mother is found to have pre-eclampsia – a condition of high blood pressure that carries risks to both mother and baby. And there are others that are still up for debate, for example, cases in which the mother is diagnosed with gestational diabetes or when there aren’t sufficient fluids in the womb. But delivering early to prevent a stillbirth, researchers say, carries more risks than benefits.

“Without a medical indication that is strong and clear right now, a planned delivery is not supported due to the fact that the consequences after birth are likely to be relevant and severe,” said Dr. Karna Murthy, a pediatrics professor at Chicago’s Northwestern University, who was not involved in the study.

Giving birth prematurely comes with a certain set of risks, including respiratory distress, low birth weight and feeding issues, just to name a few. Yet more women are planning their births before term. While experts couldn’t tell for certain why the trend is happening, they suspect that it may be in an effort to decrease the chances of giving birth to a stillborn. Patient preference may also play a part, researchers say.

“There is a widely held perception of a change in the obstetric decision making that has lowered the threshold at which and for which planned birth occurs,” the researchers wrote.

And because of that lowered threshold, preterm births have become more common all around the world. Increases in caesarean sections have also been noted – so much so that some experts have become concerned by the rates. In this particular study, published in the American Journal of Obstetrics and Gynecology, researchers wanted to find out if the planned birth rates had increased in Australia, and if there were any possible health benefits behind the trend.

For their study, researchers collected data on all single births in New South Wales, Australia from 2001 and 2009. During that time, planned births (occurring between 33 and 39 weeks gestation) rose from 19 percent of all births in 2001 to 26 percent in 2009. Caesarean births rose from 10 percent to 15 percent in that time and inductions rose from nine percent to 11 percent.

Researchers also found that the reasons that women had an early planned delivery changed over the time period. Moms with diabetes and moms that had their water break early became more common. Women who had high blood pressure or had infants with fetal distress (currently two viable medical reasons for having a planned delivery) had decreased, however.

Lead author on the study, Jonathan Morris at the Royal North Shore Hospital in Sydney, and his colleagues says that the data clearly reinforces that more research needs to be done on planned births and its health risks/benefits. They also say that more needs to be done to understand why the rise has occurred in the first place.