Mom-to-be Anna Faris was all smiles for the cameras while heading out for lunch at Chebo in Los Angeles on Thursday. 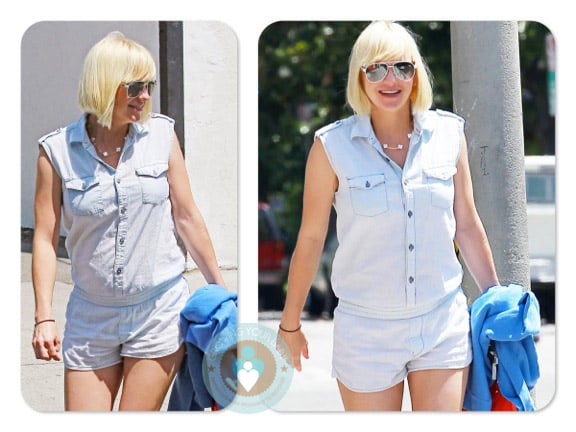 The actress, who is pregnant with her first child, disguised her growing belly with jean short jumper. For the most part Anna has been quiet about her pregnancy, but party-goers at the Samsung Galaxy S party on Thursday overhead her revealing the sex of her baby.

‘She’s very excited about it. She’s six months along and everything is going great, just as planned.’