Mom-to-be Breana Tiesi showed off her blossoming baby bump while leaving lunch at The Henry restaurant on Wednesday, March 30, 2022. 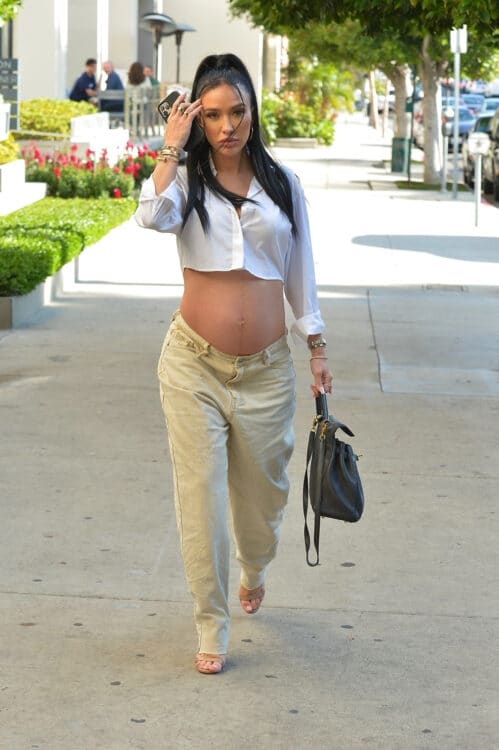 The baby boy, Breana’s first child with Nick Cannon -Nick’s 8th, was announced to the public in January shortly after the couple had their gender reveal party. 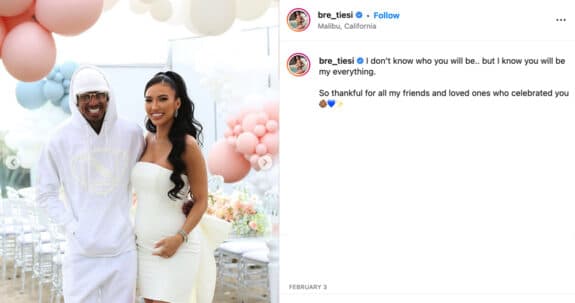 While the pair have reportedly dated on and off for more than a decade, it’s unclear if they are currently together or just committed to co-parenting their son together. 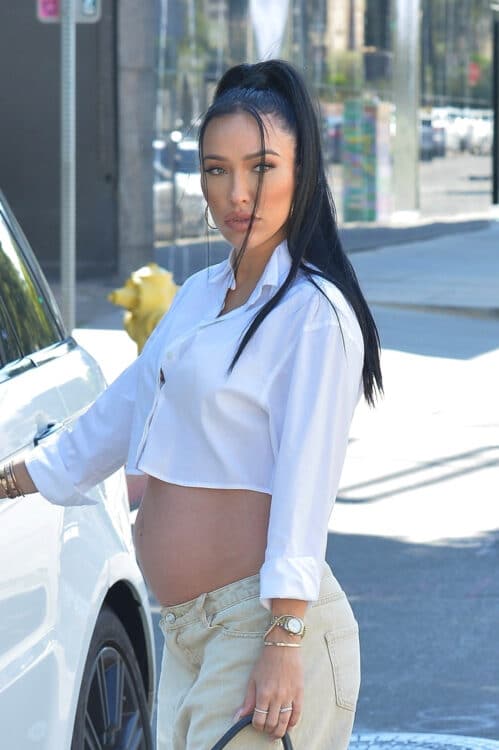 The model recently told E! News’ Daily Pop that while “some people have their idea of conventional relationships and certain things,” she and Nick still “have a beautiful relationship [where] everything is so supportive and positive.”

“Him and I have had our on-and-off for years,” Bre added. “And I just respect and love who he is so much as a person, that when I thought about, ‘Do I want my son to be this person? Look at your characteristics, look at your personality, look at how you treat people…’ That’s what is so much more important to me than anything. And he treats me amazing, so that’s all I look at.”

Breana also revealed she is “excited” to be a mom that’s she’s “not scared about giving birth” and plans to welcome her baby boy with an “unmedicated water birth.”