Thirty-nine weeks and in labour, Lauren Banks and her husband, Steve Banks, were planning to welcome their baby boy at CarolinaEast in North Carolina. The expectant mom was forced, however, to give birth at a gas station after being turned away from the hospital. 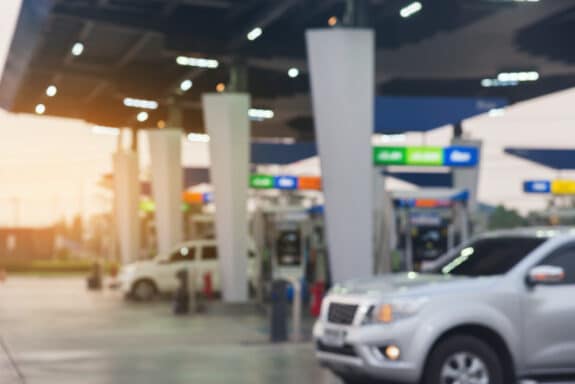 “She was denied admittance to labor and delivery a couple of times, and she was in obvious pain and labor, and within 30 minutes of her being home her water broke,” Steve told WITN.

The couple headed to the hospital when Lauren was having contractions. The hospital wouldn’t consider her admittance until she was five centimeters, and she was only four.

When Lauren’s water broke shortly after getting home the couple attempted to rush back to the hospital but their baby had other plans.

Steve and an EMT delivered the baby at a Handy Mart gas station on the way to the hospital.

“I watched my wife give birth to my son right there in the parking lot,” Steve said. “He came out and he was purple, and he wasn’t making a lot of noise. I was concerned on top of everything else going on.”

During the baby’s arrival, emergency services arrived to assist.

“They came up and saw what was happening and jumped into action,” the new dad recalled. “I’m sure that they are a large part of the reason why everything went as smoothly as it did and there were no complications. I can’t thank them enough.”

The family was then taken to CarolinaEast by ambulance, where the hospital offered to detail the couple’s car when they questioned why they weren’t admitted originally.

In a statement, they said “CarolinaEast Health System cannot legally comment on patient matters or concerns. We internally follow all protocols and guidelines for such concerns but cannot publicly comment on them.”

Thankfully Baby Truett Lee Banks was born healthy and is currently only being treated for jaundice.