Home » Pregnant Coleen Rooney Vacations With Her Family in Mallorca

The Rooney family is growing again! Coleen was glowing in a navy striped bikini with on holiday in Mallorca, Spain with her sons Kai, Klay and Kit on August 27, 2017. 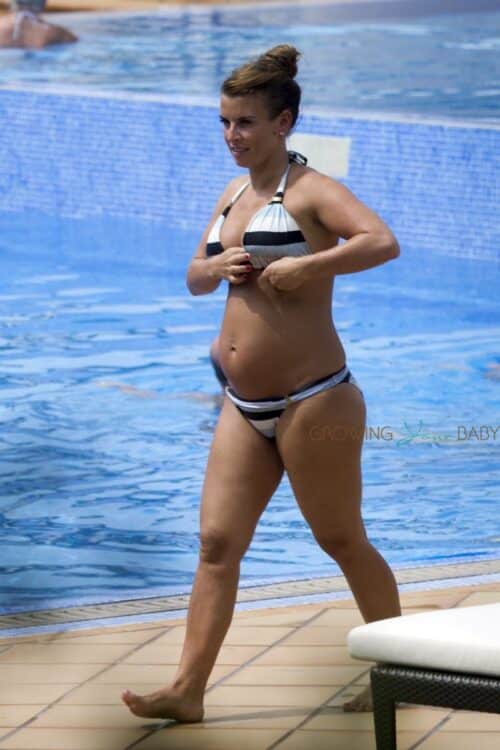 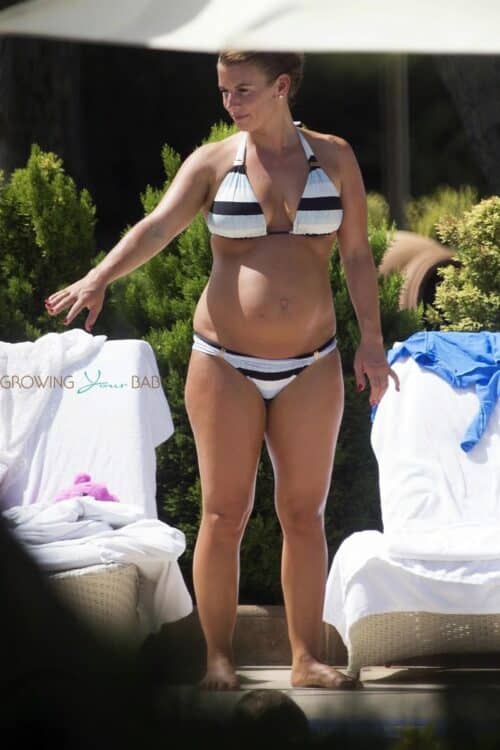 The vacations comes only a week after the couple broke the news of their pregnancy on social media.

Shortly after Wayne took to Instagram to thank fans for their well wishes.

Thanks for all the messages everyone, we're over the moon ??

Coleen is currently in her second trimester so the new baby won’t make his or her arrival until around the new year – which will be close to Kit’s birthday.

Last time around Coleen told Hello Magazine that she and Wayne were hoping for a baby girl. Our guess is they are likely on the same track this time as well.