Drew Barrymore and fiance Will Kopelman enjoyed a leisurely stroll in Los Feliz after having breakfast at Little Dom’s last week. 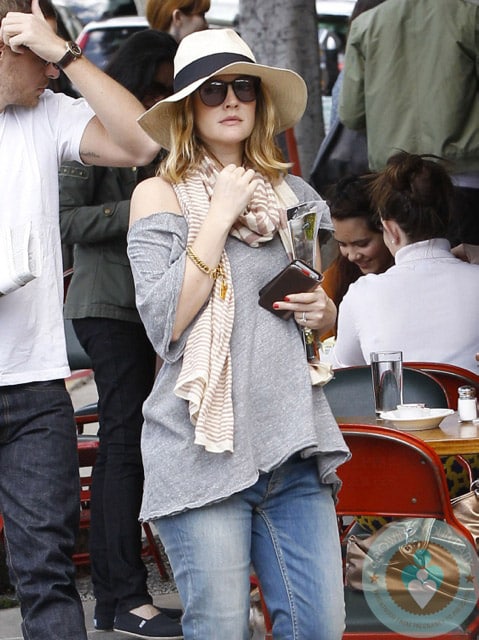 We haven’t reported that Drew is expecting because I hadn’t seen any pictures that show a growing belly until now.

The actress was cute in jeans, red ballet flats and a grey sweatshirt which, though baggy, showed off her changing shape.

Rumor has it that the couple plans to get married this Summer before the baby arrives and were spotted in Paris last month shopping for the perfect dress.

“She wants to get married before the baby comes, but doesn’t want to be a huge,” a source told US Magazine.